Cyanide unveiled today new screenshots and artwork for Confrontation. In case you were unaware of, Cyanide was the studio behind Blood Bowl and A Game of Thrones. Developed exclusively for PC, Confrontation is the video game adaptation of the fantasy universe created by Rackham for the board game of the same name. Finely mixing strategy and numerous elements taken from role playing games, Confrontation offers a rich gaming experience with an emphasis on intense and tactical battles.

On the images unveiled today, see the elite squads from the Griffon going deeper into unknown territory. This is the perfect opportunity to discover some of the fearsome creatures engineered by the Scorpion who play a very important role in the story, such as the imposing and deadly Megasyatis.The Wolfen also bare their teeth once more in the new artwork, which picture them confronting the Griffin armies… foreshadowing what awaits in the game when it releases in Fall 2011. 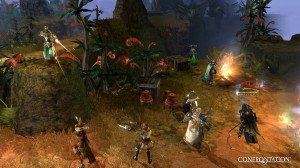 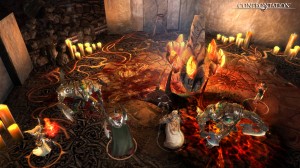 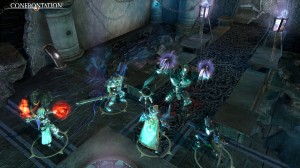 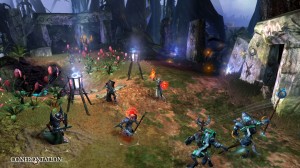 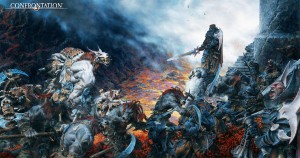