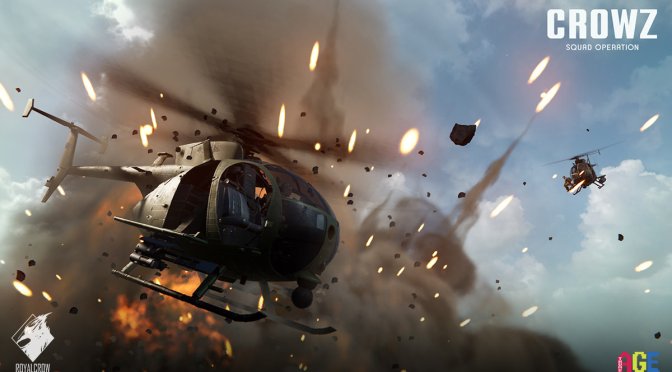 ThumbAge has announced that the Global Beta Test for its upcoming FPS game, CROWZ, will launch on November 14th. As the press release reads, the Beta Test will feature a single game mode called “Blood Zone” and Sellrain Valley map for massive play.

The first Beta Test involves testing the Blood Zone mode, which allows up to 64 players on the battlefield. In the Blood Zone mode, the rules are quite simple. Players must capture landmarks and push enemy forces back to their base. Once they capture the landmarks, the mining machine will work for their team. The more captured landmarks, the more points to mining outputs, which will lead the team to victory.

“We are extremely excited to announce the Global Beta Test of our new FPS game CROWZ, which we are working hard to release for our fans. CROWZ will provide a variety of entertainment by maximizing the fun of exploring the map and collecting items, which will introduce a lot of thrilling twists and turns to every battle.”