Activision has revealed its Q2 CY13 results, in which the company revealed that Call of Duty 2: Black Ops 2 was the second best selling title in both North America and Europe in 1H 2013. In addition, the publisher stated that Black Ops 2 has outsold Modern Warfare 3, both in physical and in digital channels.

Furthermore, Call of Duty’s digital revenues increased over 100%  year-over-year in Q2 and in 1H 2013. Guess Treyarch’s title is going well after all, despite the critique from a lot of gamers about the game’s engine.

In other news, Skylanders Giants was the company’s best selling title in both North America and Europe in 1H 2013. 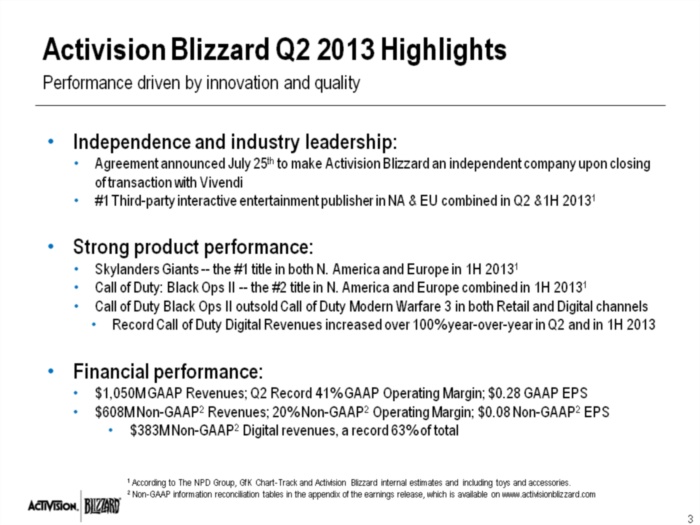