Treyarch released a couple of days ago a video, hinted at the upcoming DLC of Black Ops 2. Back then, we thought that this DLC would be called Origins, however it appears that’s not the case. According to Black Ops 2’s Message of the Day, the next (and last) DLC will be called Apocalypse and will feature 4 new maps, as well as the Zombie ‘Origins’ chapter that was featured in that recently released trailer. Apocalypse is dated for August 27th on Xbox Live, and will appear a month later on both PS3 and PC.

According to the message itself, the Apocalypse DLC will feature Pod, Takeoff, Frost and Dig. Dig is said to be a re-imagined version of Courtyard, while Frost will be a map based on a snow-capped European city. Takeoff will be a rocket launch site in the middle of the Pacific ocean, whereas Pod will pit players against each other in a abandoned cliff side.

The new Zombie chapter, on the other hand, will return the original four characters to a Dieselpunk-themed First World War. Origins promises to be the deepest Zombies experience yet, so it will be interesting to see what Treyarch has to offer us.

Mark Lamia, Studio Head at Treyarch had this to say about this upcoming DLC:

“Apocalypse is Treyarch’s grand finale to Call of Duty: Black Ops II. It is the perfect culmination of our efforts, and fan feedback, with two all-new multiplayer maps for players to experience for the first time, and two fully reimagined fan-favorite multiplayer maps from past games – and Origins, our most epic Zombies experience to date. Apocalypse is a DLC pack that our fans will never forget.” 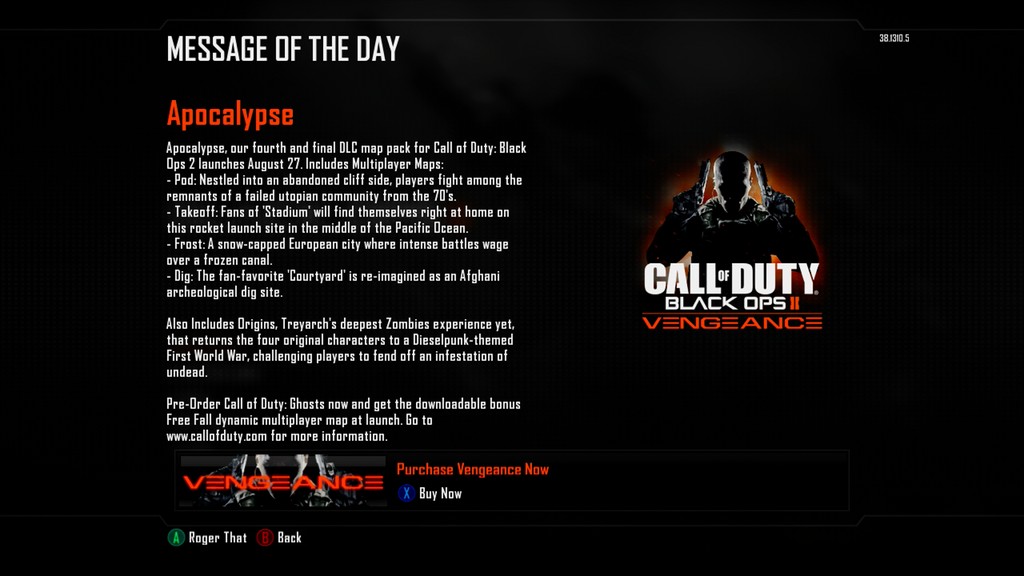 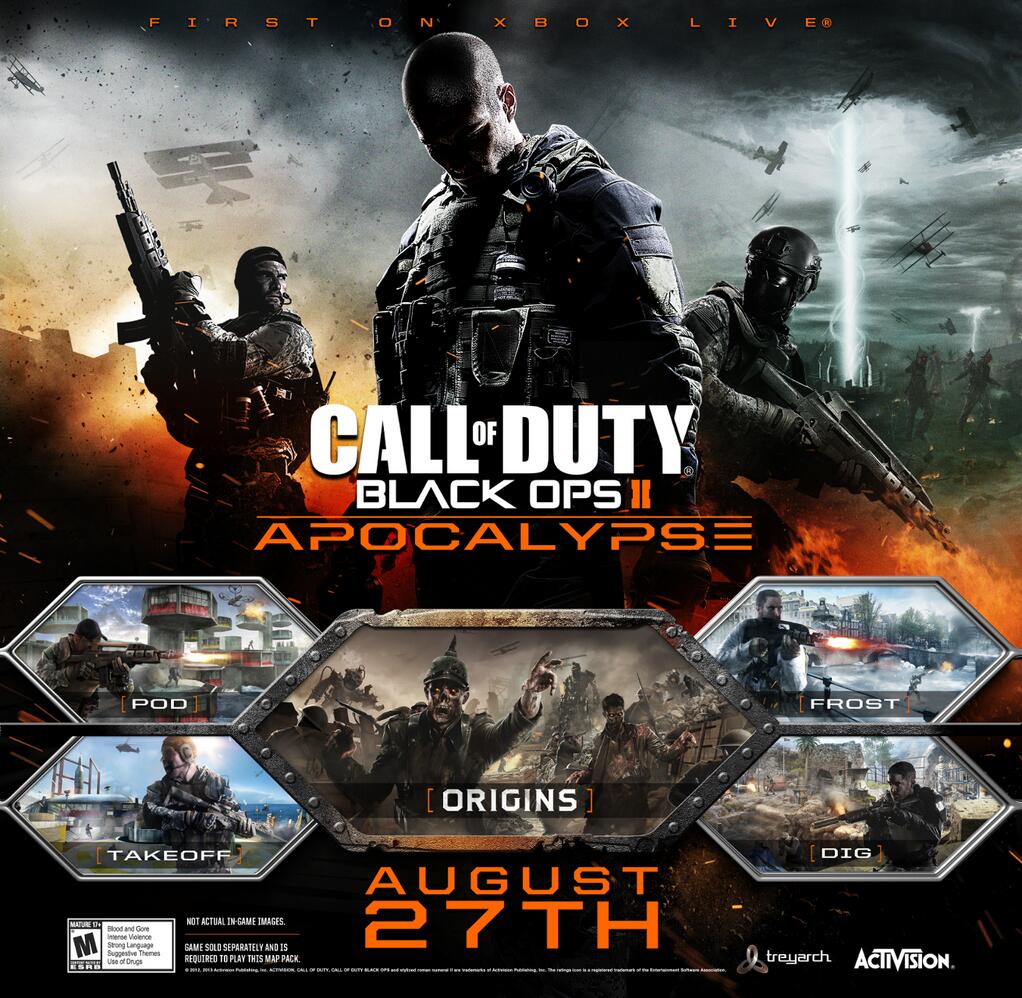