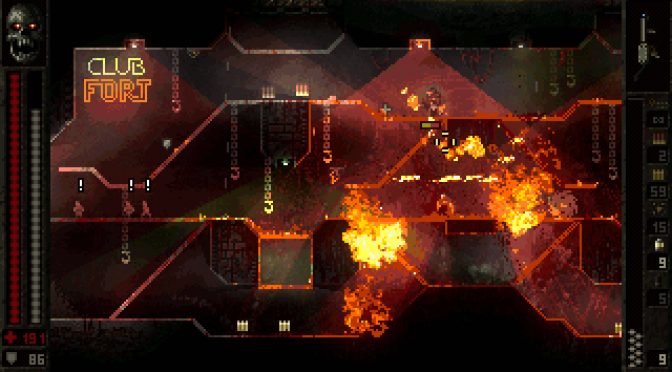 Transhuman Design has announced the release of its fast-paced retro 2D shooter game, Butcher, on Steam. Butcher is a love letter to the early 90s in which players kick corpses into a lava pit and adorn walls with blood.

Players take the role of a cyborg programmed to eradicate the last remains of humanity. Therefore, they are tasked with grabbing their weapon of choice (from chainsaw, through shotgun, to grenade launcher) so they can kill their way through underground hideouts, post-apocalyptic cities, jungles and more.