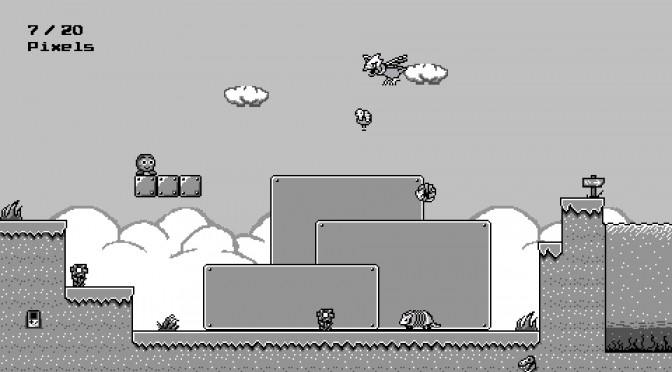 Major Games has informed us about the release of its upcoming modern-retro 8-bit platform game, BiT Evolution. Currently available on Steam Early Access, the title has already sold over 8000 copies and has received very positive feedback from the gaming community. And the team is now ready to release the full game on June 9th.

According to the press release, BiT Evolution is a self-described “love-letter” to the games that inspired many Major Games team members to fall in love with gaming and develop games of their own.

“Players will become “BiT”, a puck from a table-tennis game influenced by Pong. Looking to break free from his paddle overlords, BiT discovers new worlds inspired by the iconic platforms of Atari, Gameboy, NES, and SNES. Should BiT happen to come to an early demise, BiT is transported to the the Realm of Code, an alternate dimension filled with the dangerous glitches all gamers fear. This Dual-World mechanic is sure to challenge even the greatest puzzle solvers, while allowing players to relive the history of platform gaming.”

“It’s always exciting watching a team ship their first title. Our goal has always been to teach developers how to make a successful business out of the games they create, and I know Major Games’ release of BiT Evolution is the first of many!”