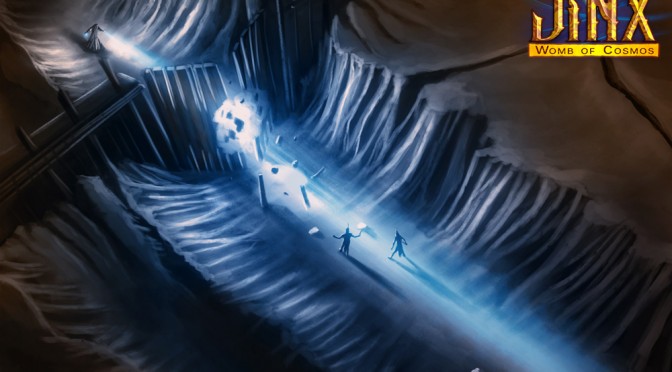 Vasilis Vogkas, co-founder and Technical Director of JinxSoft, has informed us about their turn-based RPG game called Jinx : Womb of Cosmos. Jinx : Womb of Cosmos is described as an amalgam of the 8/16 bit nostalgia of turn based rpgs like FF, Breath of Fire, Phantasy star (and other) combined with the graphic style of titles like Neverwinter Nights.

Jinx: Womb Of Cosmos aims to feature a challenging turn-based combat system that will not allow players to spam click through their battles.

The game will also 200+ spells and abilities, and players will be able to customize their heroes as they see fit by choosing from a plethora of abilities spanning over 13 different ability groups plus numerous unique weapon powers.

The game also aims to feature non-linear quest lines and journal, world exploration and treasure hunting, a compelling story line (you will control three heroes), two different level progressions, and will offer players the ability to have their own castle.

It sounds interesting, though it remains to be seen whether JinxSoft will be able to deliver on those promises.

We’ll be sure to keep you posted about its progress!