Our reader ‘Tan Jiaqing’ has informed us about an interesting finding. According to Bioshock Infinite’s Achievements community stats page, a new DLC is coming for Irrational Games’ title and will feature 10 new achievements.

Although we don’t know much, we are aware of Irrational Games’ plans and we do know that the company plans for three additional DLCs. And since the link is not working properly (for some), here is a screen-grab of those achievements. 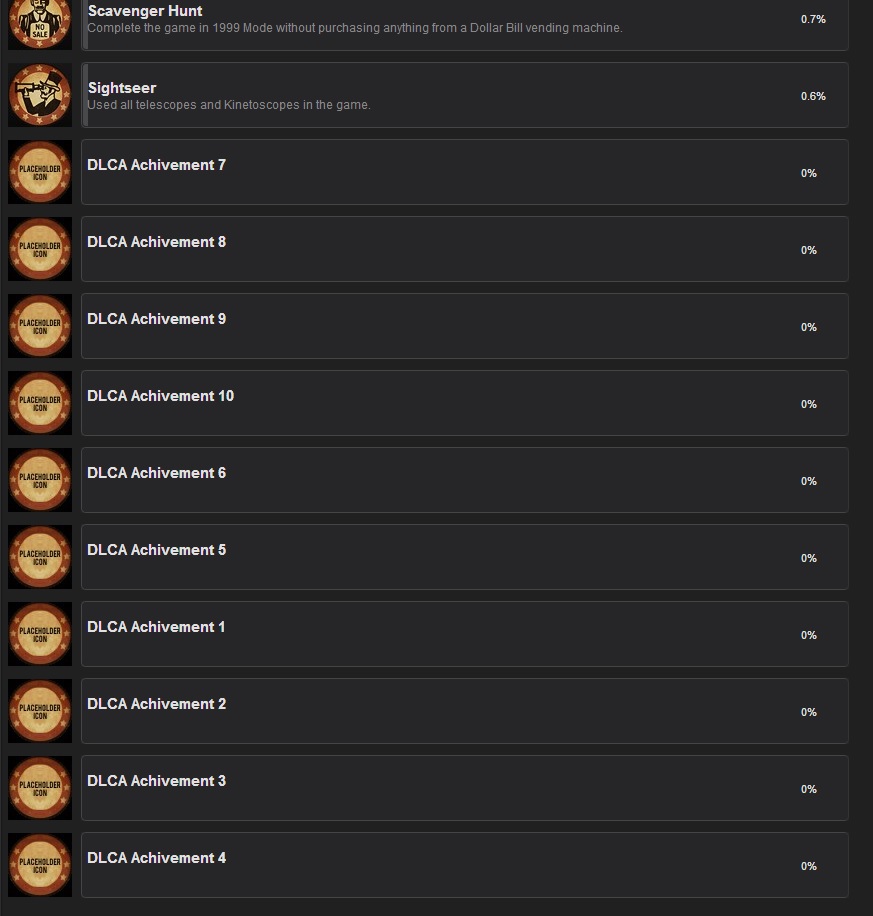 As it was hinted in Bioshock: Infinite’s Season Pass, Irrational will produce three add-on packs for its FPS, which will provide hours of additional gameplay and include new stories, characters, abilities, and weapons.

Since the Achievements were added this week, we can expect the first DLC for Bioshock: Infinite to hit the Internet by the end of this month… hopefully.