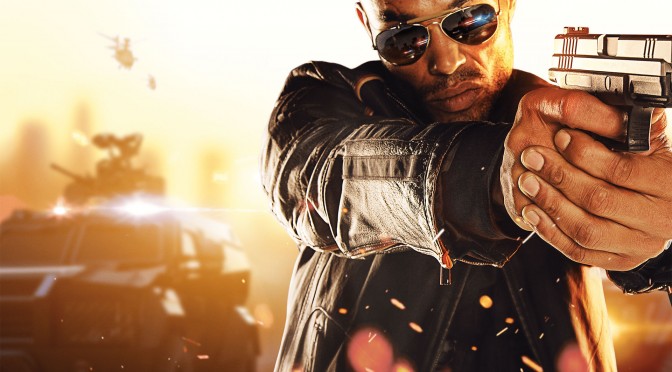 Visceral Games has revealed the changelog for Battlefield: Hardline’s first update. According to the changelog, this patch will nerf its drivable couch, will pack miscellaneous low frequency crash fixes for all platforms, and will increase the character limit in the MapList to support up to 150 maps in a rotation. Although there is no ETA yet, you can view the complete changelog below.

BUG FIXES:
– Fixed a server crash in Rescue
– Increased the character limit in the MapList to support up to 150 maps in a rotation
– You can now set the time limit to 0 and it disables the time limit instead of instantly ending the round in Blood Money
– Various fixes for server crashes with rental servers (multiple issues addressed)
– Fix for the timer in Conquest freezing when the user set the time limit higher than 800
– Fix for MP squad join issue where after the squad leader gets disconnected, a new leader cannot kick members or disband
– Fix for the patch awarded in released game for reaching Rank 10 in the Beta
– Fix for Derailed Levolution where players were teleported to origin of Point B and killed in some circumstances
– Fix for crash if the UI is disabled in the .cfg file
– Fix for Bloodmoney exploit in HH where players could access the money pile through the floor/roof
– Fix on XB1 for players using invite/join on friend after Quickmatching
– Fix for the Uzi’s weapon license cost, setting it to the correct value of $50,000
– Fix for X360 players being unable to invite friends while playing Rescue
– Fix for a rare crash in the Customize screen
– All platforms, miscellaneous low frequency crash fixes

GAMEPLAY CHANGES:
– Conquest tickets increased (CQL 999, CQS 600)
– Greatly decreased nearby bullet impact flinch; your aimpoint will not shift from rounds striking the environment near you
– Fixed some issues with FLIR/IRNV
– RPG reduced to 1 ammo from back of cars, with smaller explosion radius overall thus requiring more skill to use effectively
– TDM friendzones have been adjusted for better spawning
– Rescue / Crosshair exploit where players could skip the round start time by hitting START or ESC has been fixed
– Couch health reduced and repair rate decreased to a miniscule amount, making the Couch the one-off it was intended
– Player should no longer Quickmatch into servers with unsupported numbers of players
– K10: Reduce max damage to 33 and min damage to 8
– Saiga and PTR: reduce recoil to bring more in line with Cop faction DMRs
– HCAR and HK51: reduce recoil to bring more in line with SCAR-H and SA-58
– .410 Jury: Increase damage per pellet to become more effective
– FMG-9: increase damage per round to 25 and push out falloff start range to make these weapons more effective
– Battlerifle min damage increased to 25 across the board
– AKM min damage reduced to 24