The German-based KING Art studios made a prototype of Battle Worlds: Kronos six years ago, but even after it gained popularity with the European strategy community, no publisher came forward to back the project. The studio turned to focus on other projects, in particular the award-winning and critically acclaimed Book of Unwritten Tales. After seeing success with the point-and-click adventure, KING Art has returned to Battle Worlds: Kronos, rebuilding the game from the ground up with new technology and graphics while keeping the original idea and gameplay mechanics. Now it needs the support of gamers and strategists around the globe to see their project through to completion.

“We’re really excited at the thought of finally putting all the pieces of this game together, after having to stop development on the game some years ago. The time wasn’t right for a resurrection of classic turn-based strategy, but now we believe the world is ready. All of us here have been huge fans of classic turn-based strategy games like Panzer Commander, Battle Isle and Advanced Wars since they first came out. Our aim is to recreate the tactical thinking, creativity and overall awesomeness of those titles, in a fresh and modern way. With the backing of fans of the genre I know we can deliver.”

Already at a good stage in its development, with enormous community support and needing $120,000 to be completed, Battle Worlds: Kronos is a turn-based strategy game with maps based on the classic hexagonal style. The multiplatform title features rich 3D graphics and boasts two distinct single player campaigns, challenge maps and both live and asynchronous multiplayer modes. Backers can expect to be taking part in an exclusive beta, on the receiving end of a copy of the game and, depending on the size of the pledge, have access to an easy to use map editor.

“This is a chance for fans to prove the publishers wrong. We think there’s a huge market for this sort of experience – we’re hoping that with the support of the global gaming community we can prove just that and literally kickstart the genre once again.” 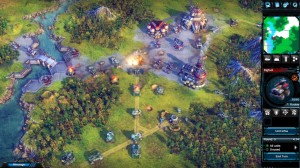 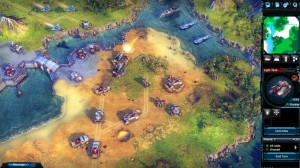 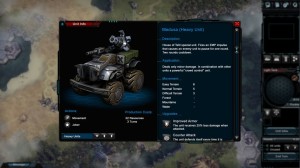 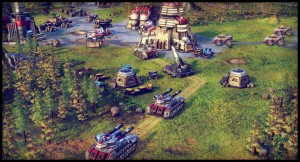 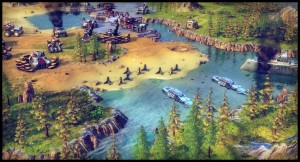 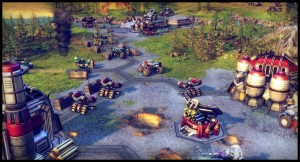