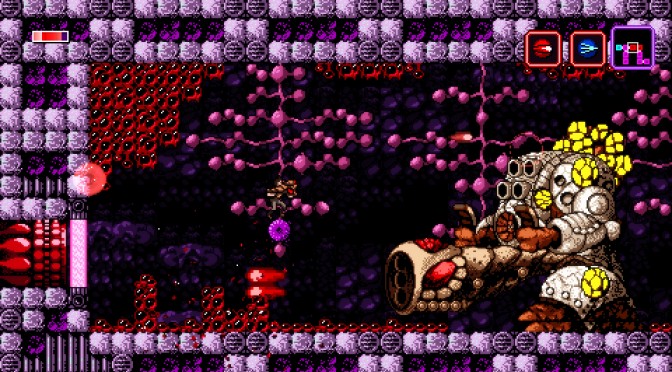 Tom Happ announced today that Axiom Verge is now available for purchase on Steam and the Humble Store for PC, OSX, and Linux. Axiom Verge is an action-platform-exploration game that’s not only created in intricate detail in the style of classics such as Metroid, Contra, and Master Blaster, but uses old-school “glitches” as a gameplay feature.

Players will use glitches to scramble enemies, corrupt environments, and pass through walls into hidden areas in a massive alien world.

Axiom Verge is Coming to Steam!!