Christofer Sundberg, Founder of Avalanche Studios, has shared an image in Instagram from one of the unannounced games that are currently under development in Avalanche. From the looks of it, this could be the first image of Just Cause 3. But then again, we can see a bike and the main character kicking in the air. Road Rash anyone? Of course it’s not, but… well… we are currently speculating for the Hell of it. Also, Jesus Christ at those overdone blur effects.

By now, it’s pretty obvious that this image comes from either Just Cause 3 or the rumored Mad Max game (thanks ‘Thomas’ for the tip). After all, this is way too similar to Just Cause 2’s grappling hook. As we can see, our protagonist has thrown away the biker and has hijacked his bike. You see that figure on the left that is completely blurred? Yeap, that was the biker.

From what we know so far, Avalanche is working on three triple-A games that are rumored to be Just Cause 3, AionGuard and Project Mamba. Just Cause 3 could feature an MP mode, as Avalanche was impressed with what the modders have done to Just Cause 2. In fact, Renegade Ops was a title to test whether the Avalanche Engine could work with MP games. Moreover, it was unveiled later on that Just Cause 2 lacked an MP mode due to budget reasons.

Regardless of that, we expect to hear more about Avalanche’s projects in 2013, so stay tuned for more! 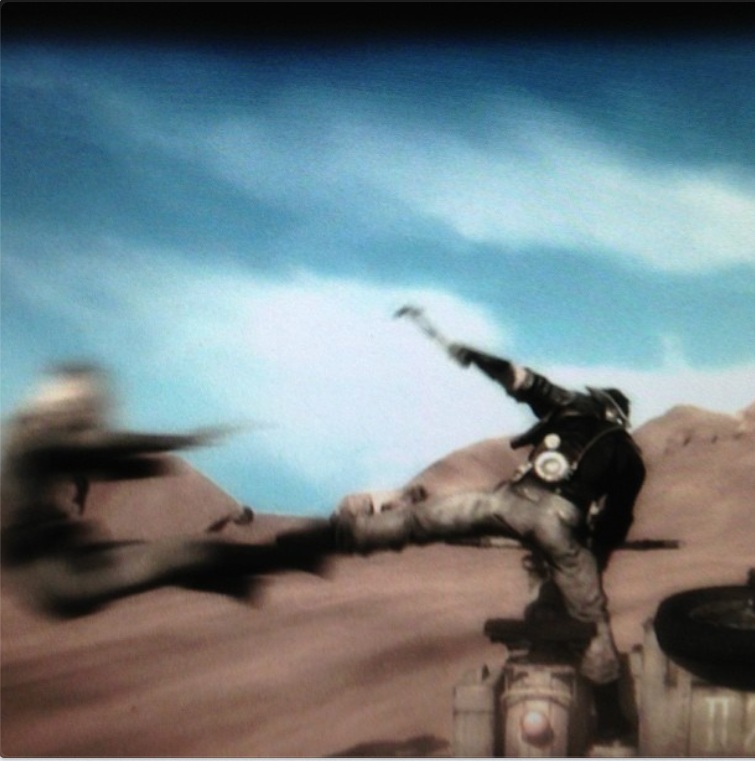