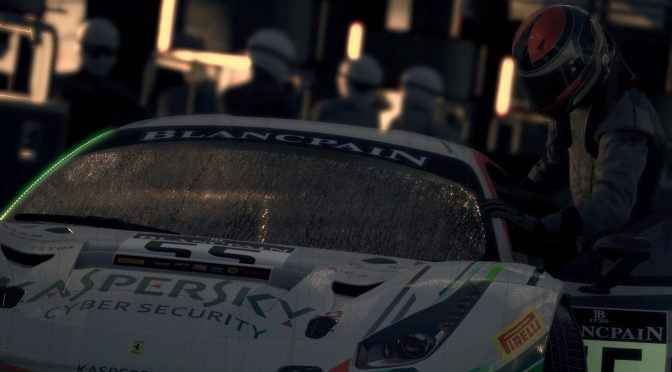 Kunos Simulazioni and 505 Games have announced Assetto Corsa Competizione; the new official game of the Blancpain GT series, named after world-renowned Swiss watch manufacture Blancpain and organized by SRO Motorsports Group. Featuring an extraordinary level of simulation quality that allows players to experience the unique atmosphere of this GT3 Series, players can compete against official drivers, teams, accessing all cars and circuits with the highest level of accuracy and attention to detail.

Taking full advantage of Unreal Engine 4, Assetto Corsa Competizione promises to ensure the highest quality rendering with photorealistic weather conditions and graphics to reach a new standard in driving realism and immersion racing. Players will experience highspeed torque as they get behind the wheel of luxurious speedsters including Ferraris, Lamborghinis, McLarens and many other prestigious GT cars reproduced with an outstanding level of detail. Motion capture technology is used to create the animations of mechanics and drivers in an even more realistic fashion and guarantee a high level of player engagement during races, pit stops and driver changes.

Assetto Corsa Competizione will be speeding onto Steam Early Access this Summer, allowing players to test upcoming features and content that will be progressively disclosed. The final version of the game will include:

“This announcement represents ‘a dream come true’ for us. The Blancpain GT Series license is just the top of the iceberg; by combining the potential of Unreal Engine 4 and the feedback received from our community, we are producing a completely new simulation aimed to redefine the racing game genre, improving the features that made Assetto Corsa so popular, and introducing those demanded by players for a high-level racing simulation game – with no compromise, and remaining loyal to our philosophy”