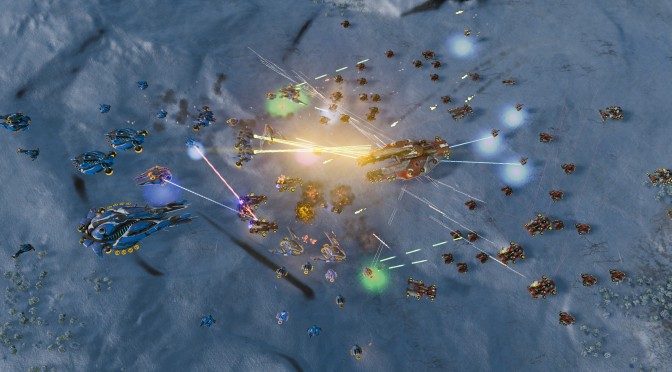 Stardock has released version 2.2 for its massive-scale RTS Ashes of the Singularity: Escalation today. According to the release notes, this update adds the highly anticipated replay feature, game rebalances, new maps, modding support, and more.

“Fans have been asking for game replay for a while now, so we’re really excited to implement it. The replays remove the fog of war so that you can see the entire map and all its players, which can be really valuable for formulating new strategies and learning where old ones may have gone wrong.”

Ashes of the Singularity: Escalation’s update 2.2 focuses on the following:

In addition to rebalancing, v2.2 adds three new maps. Manannan, a 12-player Terran map and Aenghus, a 10-player desert map, are both excellent for free-for-all games. Brighid is a smaller arctic map meant for 8 players and is ideal for a tightly enclosed 4v4 or a more widely spread game of 4 teams with 2 players each.

Modders have something to look forward to in this update as well. Players will be able to mod game files, add maps and scenarios, and enable or disable mods for their games.

Ashes of the Singularity 2.2 Update Overview