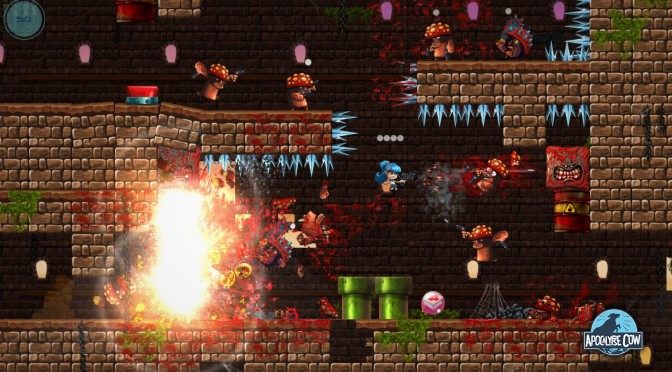 Monsters Games has informed us about its upcoming violent action parody platformer, Apocalypse Cow. In Apocalypse Cow, players take the role of Penny; a SHIELDD agent who is using the Anima Rift to bring peace to the VideoVerse. Apocalypse Cow is currently planned for a September 2014 release on the PC, and you can view below its announcement trailer (as well as its first screenshots). Enjoy! 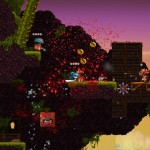 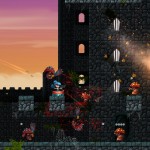 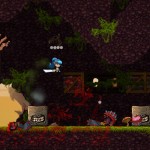 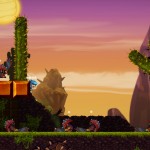 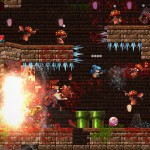