Electronic Arts and Bioware have announced that a Closed Beta phase for Anthem will be launched on December 8th and revealed the recommended PC requirements for it. Anthem will be powered by Frostbite and according to the specs, Bioware recommends an Intel Core i5 3570 or an AMD FX-6350 CPU.

Bioware also recommends 8GB of RAM, an NVIDIA GTX 970 or an AMD R9 390 8GB and at least 60GB of free hard-disk space. The game will also only work on 64-bit operating systems and Bioware recommends Windows 10 (though I’m pretty sure the game will also work on Windows 7 and Windows 8).

Furthermore, Bioware has revealed the game’s graphics options in its recent livestream for this beta build. PC gamers will be able to adjust the quality of Anti-Aliasing, Ambient Occlusion, Textures, Texture Filtering, Mesh, Lighting, Effects, Post-Processing, Terrain and Vegetation. 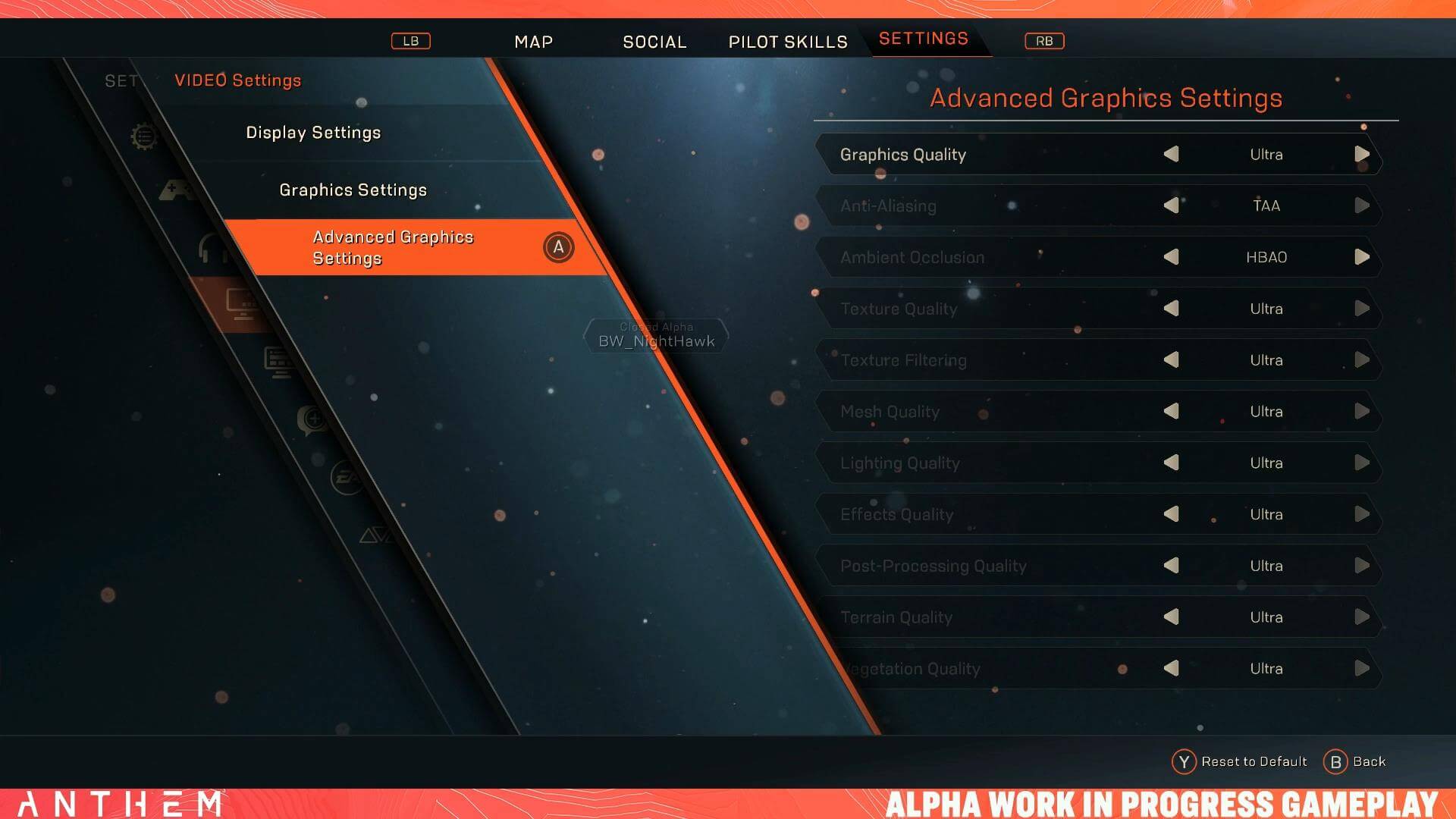 Anthem is currently scheduled for a February 22nd release!