As you may already know by now AMD recently announced its Ryzen 5000-series Zen 3-based Vermeer desktop CPU lineup.  According to AMD these CPUs will offer better single-thread performance in PC games.

AMD also claimed that its high-end model will surpass Intel’s competitor, the core i9 10900K.

Now we have some pictures of these Zen 3-based final retail chips, courtesy of HXL (@9550Pro), via Wccftech. In a box tray we can see all the above four SKUs pictured. These seem to be the final retail samples, ready to ship to OEMs, reviewers and other board partners, just ahead of launch.

The full AMD Ryzen 5000 Zen 3 CPU stack has been pictured which includes Ryzen 9 5950X, Ryzen 9 5900X, Ryzen 7 5800X, and Ryzen 5 5600X, respectively. We can see the official branding on top of the IHS, but other details like the serial number and OPN code are not visible. These are blurred out in order to protect the original identity of the source.

It is clear that AMD is prepping to launch these new Zen 3-based processors for the retail market. These chips were already listed before by several online retailers, but they were being sold at an inflated price.

The Ryzen 5 5600X CPU will most likely compete with the Intel Core i5-10600K CPU, and some Processor Arithmetic and Processor Multi-Media scores have been spotted in the database. The Ryzen 5 5600X sports 6 Zen 3 cores and 12 threads, comes with 32 MB of L3 cache, and the base and boost clock speeds are 3.7 GHz and 4.6 GHz, respectively.

Though we can’t judge a processor’s overall performance just based on a couple of benchmarks, so to get a clear picture and make a fair comparison, we need proper synthetic and gaming benchmark scores.

Intel’s chip has a 125W TDP (thermal design power) rating, while the Ryzen 5 5600X is rated for 65W. In theory, the Core i5-10600K should be faster since it has more headroom to execute, but the Ryzen 5 5600X leverages the new and refined Zen 3 architecture which shows the efficiency these new Ryzen processors harness.

As mentioned before, AMD will release these Ryzen 5000 Zen 3 SKUs on November 5th. 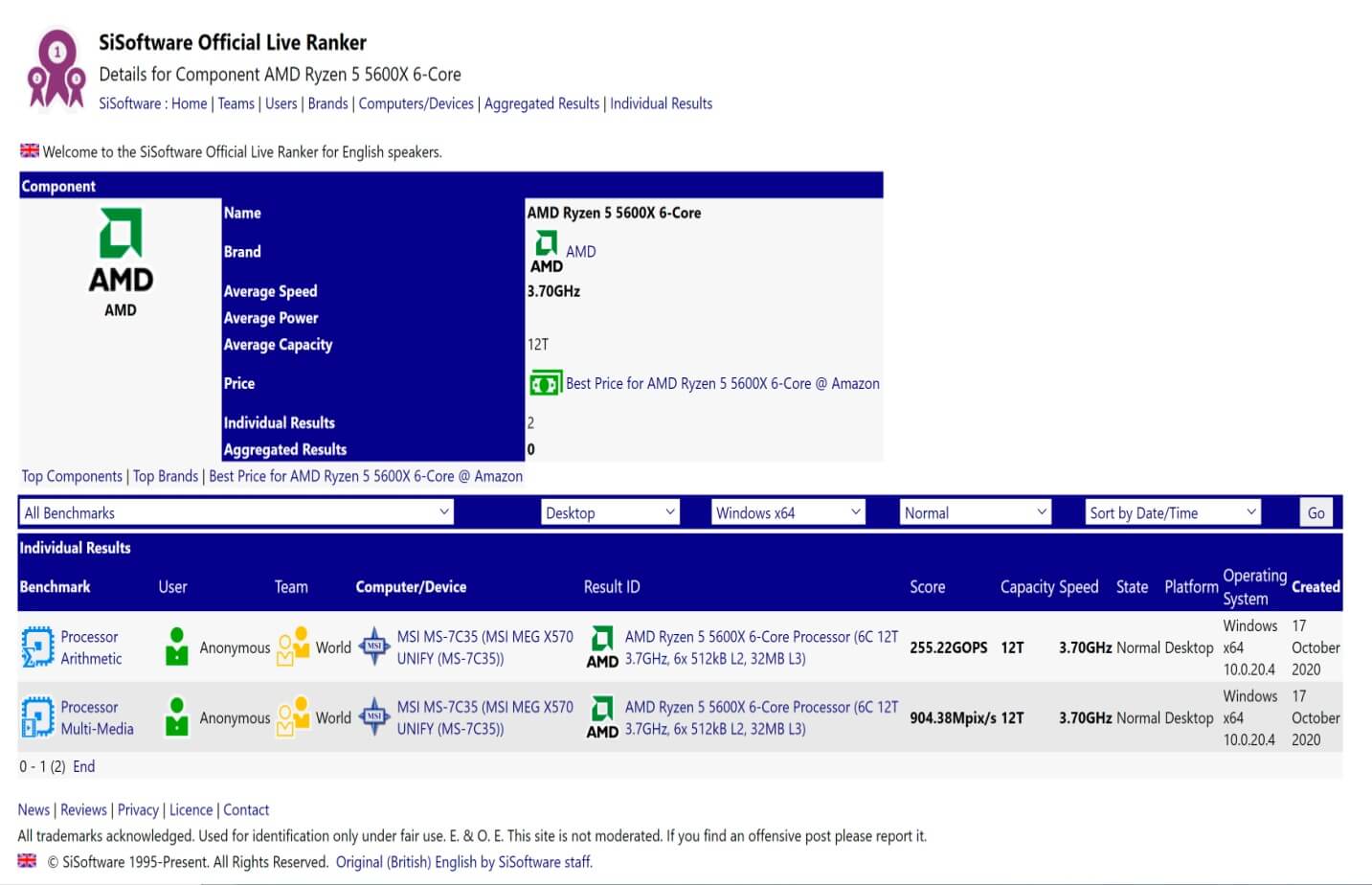