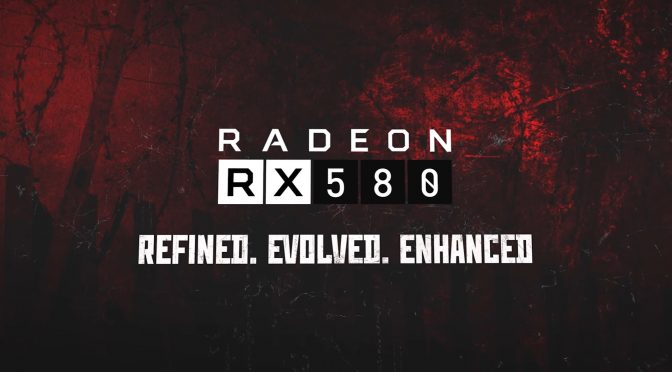 AMD has just revealed the first official gaming benchmarks for its new Polaris-20 graphics card, the Radeon RX 580. AMD has put the RX 580 against the Radeon R9 380, and benchmarked five PC games.

The AMD Radeon RX 580 was able to push more than 60fps at 1440p in Battlefield 1, Call of Duty: Infinite Warfare, For Honor, DOOM and Resident Evil 7. 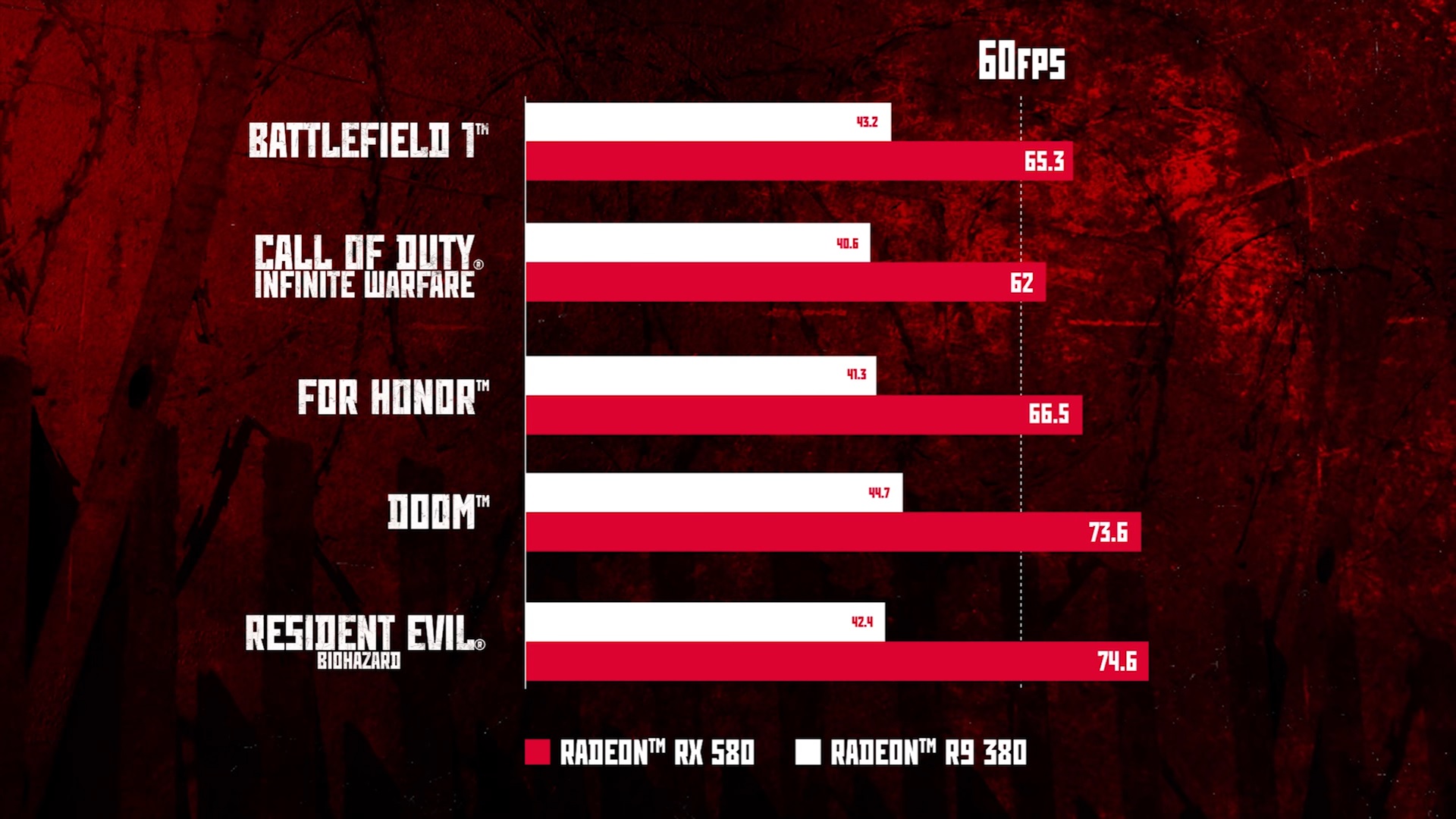 According to the benchmarks, the Radeon RX 580 is almost 1.8X more powerful than the Radeon R9 380.

Cleverly enough, AMD did not include the Radeon RX 480 (or any other NVIDIA graphics card) in its official benchmarks. As we’ve already said, the Radeon 500 series is basically a rebrand of existing Polaris-based RX 400 card with higher frequencies. As such, it will be interesting to see how much faster this new GPU is compared to the Radeon RX 480.

The third-party benchmarks for the Radeon 500 series will go live later today, so stay tuned for more!