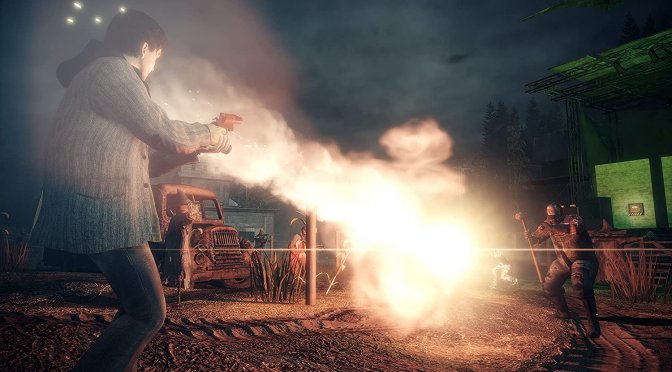 “As this is a remaster built on the existing Alan Wake engine and technology, adding in ray tracing / HDR support was deemed too time-consuming. This would have taken resources away from other critical areas.“

So there you have it. Alan Wake Remastered will not be using the Northlight Engine, and will not support Ray Tracing.

Remedy also claimed that the PC version of Alan Wake Remastered will be x64 and support DX12 only.

From what we know, Alan Wake Remastered features higher-quality 3D models and textures. Moreover, it comes with some additional bushes, as well as slightly improved lighting.

The game will release on October 5th, exclusively via Epic Games Store. You can find some original vs remastered comparison screenshots here.