And here is the first mod for Alan Wake PC. Well… kind of. Remedy’s community member ‘john129pats’ has released a settings profile for FXAA Injector, the famous tool that was used heavily in Skyrim. This FXAA profile is said to enhance the atmosphere by making nights darker, and making your flashlight stand out. The profile comes with Desaturation, Extra Anti-Aliasing, Bloom,Light Sharpening, Darker Nights and Brighter Lights. You can find the download link, as well as some comparisons below.

In addition, Remedy has revealed why SLI is not working with Alan Wake PC. According to Remedy’s Markus, Alan Wake’s engine has a lot of inter-frame dependencies like autoexposure, blur effects and DoF. Decoupling that is not an easy job and Remedy is doing their best to sort it out. The company expects to release an SLI fix next week, though nothing is certain at this point. Of course one should ask himself why CrossFire is working without these artifacts and with great scaling. Figures.

In other news, Nvidia owners suffer from a Lighting issue that halves the game’s performance. The light that heals Alan introduces a great hit to the framerate and Remedy is working on that too. We should note that this issue is not present on AMD’s cards. Seems that Alan Wake is AMD certified after all.

Those interested can download the FXAA Injector from here. Just extract the files to your Alan Wake root folder and you are good to go. 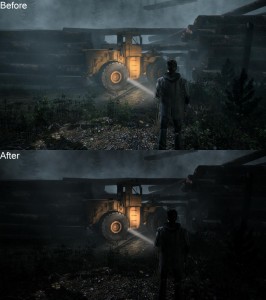 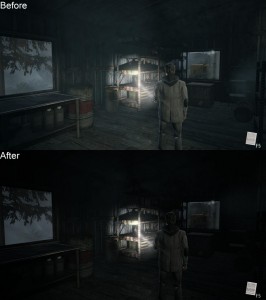 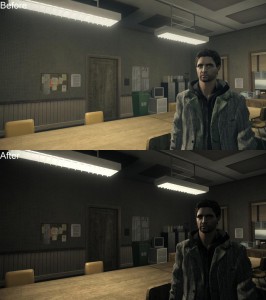