Funcom is excited to announce a series of upcoming updates called ‘Secrets of Dragon’s Spine’ for its massively multiplayer online role-playing game ‘Age of Conan: Unchained’. The updates will be released over time, with the first one to hit in the next few months, and will introduce a remote desert region known as The Dragon’s Spine filled with new dungeons, quests, monsters and rewards for players to experience.

The ‘Secrets of Dragon’s Spine’ update series will provide players with all new Hyborian experiences as they venture to the desert region located south and west of the ancient city of Pteion. Rippling desert dunes stretches for miles in every direction from the spine, lifeless, except for a small oasis in the mountain’s shadow, and treacherous caves and tunnels weave in and out of the mountain rock. The only building made by man is the Palace of Cetriss, which can be found in the center of the area, at the foot of the mountain … but men are not the only beings to have forged a thriving civilization in the desolate desert, many secrets lay buried beneath the sands.

“Our version of Hyboria has grown into a vast online world since we launched back in 2008. With the ‘Secrets of Dragon’s Spine’ update we are moving into an incredibly exciting part of Robert E. Howard’s work, and I think both ‘Age of Conan’ players and fans of Howard’s work alike will find a lot to enjoy once they get to explore this new content.”

Within the new content, which is aimed at level eighty players, there will be several new dungeons, a new raid area, a massive outdoor region (roughly the same size as the coast of Ardashir), and a new PvP area, as well as a host of new rewards, armor sets, weapons and other cultural items. There will also be a new mount type that will be revealed later on, which is closely linked to the story in the new area. The new dungeons are called The Coils of Ubah Kan, The Sepulchral of the Wyrm and The Slithering Chaos, and will offer the same kind of selection of experiences as in ‘The Savage Coast of Turan’ update.

‘Age of Conan: Unchained’ is one of the most critically acclaimed massively multiplayer online games of all time, and following launch in 2008 – then called ‘Age of Conan: Hyborian Adventures’ – the game sold over 1.4 million copies worldwide. Over three million people from all over the world have adventured through the virtual rendition of Robert E. Howard’s legendary world, and the game has become increasingly more popular after several major updates and the switch to a free-to-play model last year. 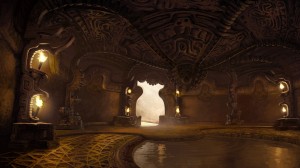 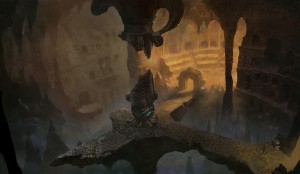 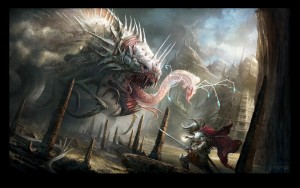