Bandai Namco has announced that Ace Combat 7: Skies Unknown has sold over 2.5 million copies worldwide. Ace Combat 7 came out in February 2019, which means that it took the team almost two years in order to hit this goal. 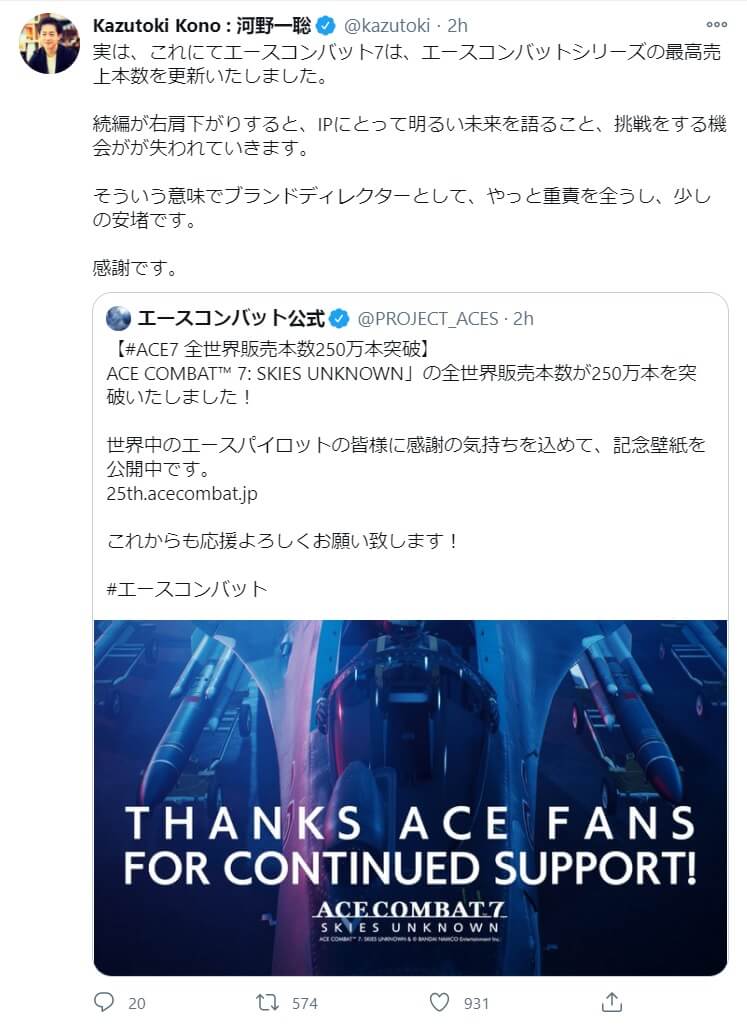 Ace Combat 7: Skies Unknown is set to return to the Usean continent from ACE COMBAT 3 and ACE COMBAT 4. Its story revolves around the Second Usean Continental War, following an attack by an army of unmanned jets.

Ace combat 7 uses Unreal Engine 4 and runs well on a wide range of PC configurations. At launch, the game suffered from some PC-specific issues. Although the game had Negative Reviews on Steam at launch, it currently has Very Positive Reviews.