Ace Combat 7 Skies Unknown was a highly anticipated game for a lot of flight arcade fans. Powered by Unreal Engine 4, this game has finally been released on the PC so it’s time to benchmark it and see how it performs on the PC platform. 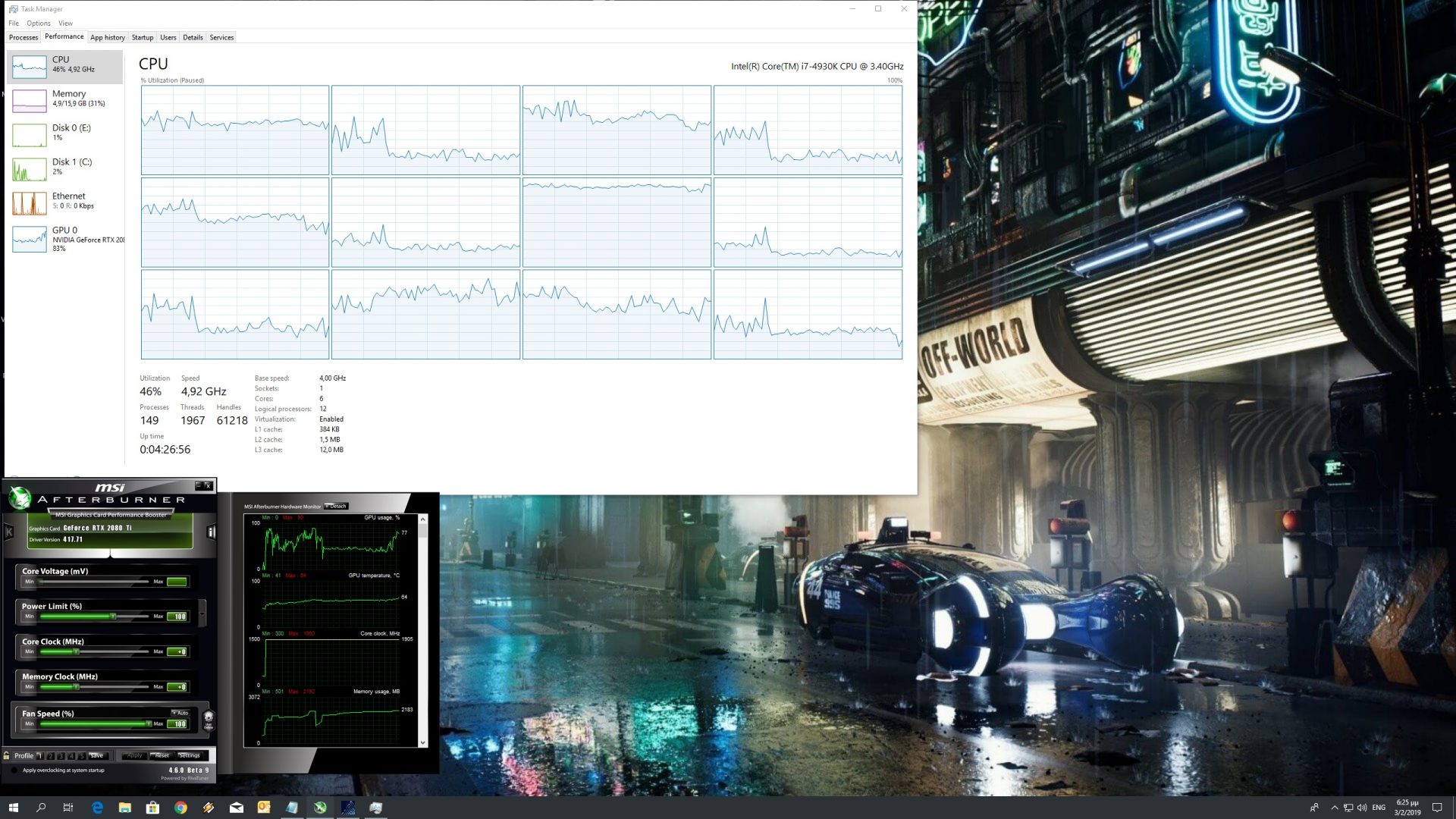 Bandai Namco has added very few graphics settings to tweak. PC gamers can adjust the quality of Anti-aliasing, Shadows, Textures, Effects and Post-Processing. There is also a slider for resolution scaling as well as an option for Screen Space Reflections, Bloom, Motion Blur and Framerate.

While the game supports 4K resolutions, we initially faced major issues enabling them on our 1440p monitor. In order to enable 4K, we had to set our desktop resolution to 4K, disable Windows Resolution Scaling from the compatibility tab of Ace Combat 7’s executable file, and set our desktop “Scale and Layout” option to 100%.

In order to find out how the game scales on multiple CPUs, we’ve simulated a dual-core and a quad-core system and we are happy to report that Ace Combat 7 can run with constant 60fps even on a dual-core system. Even without Hyper Threading, our simulated dual-core system was able to push a minimum of 76fps and an average of 96fps at 1080p on Ultra Settings. Suffice to say that owners of older CPUs will have no trouble at all running this game. 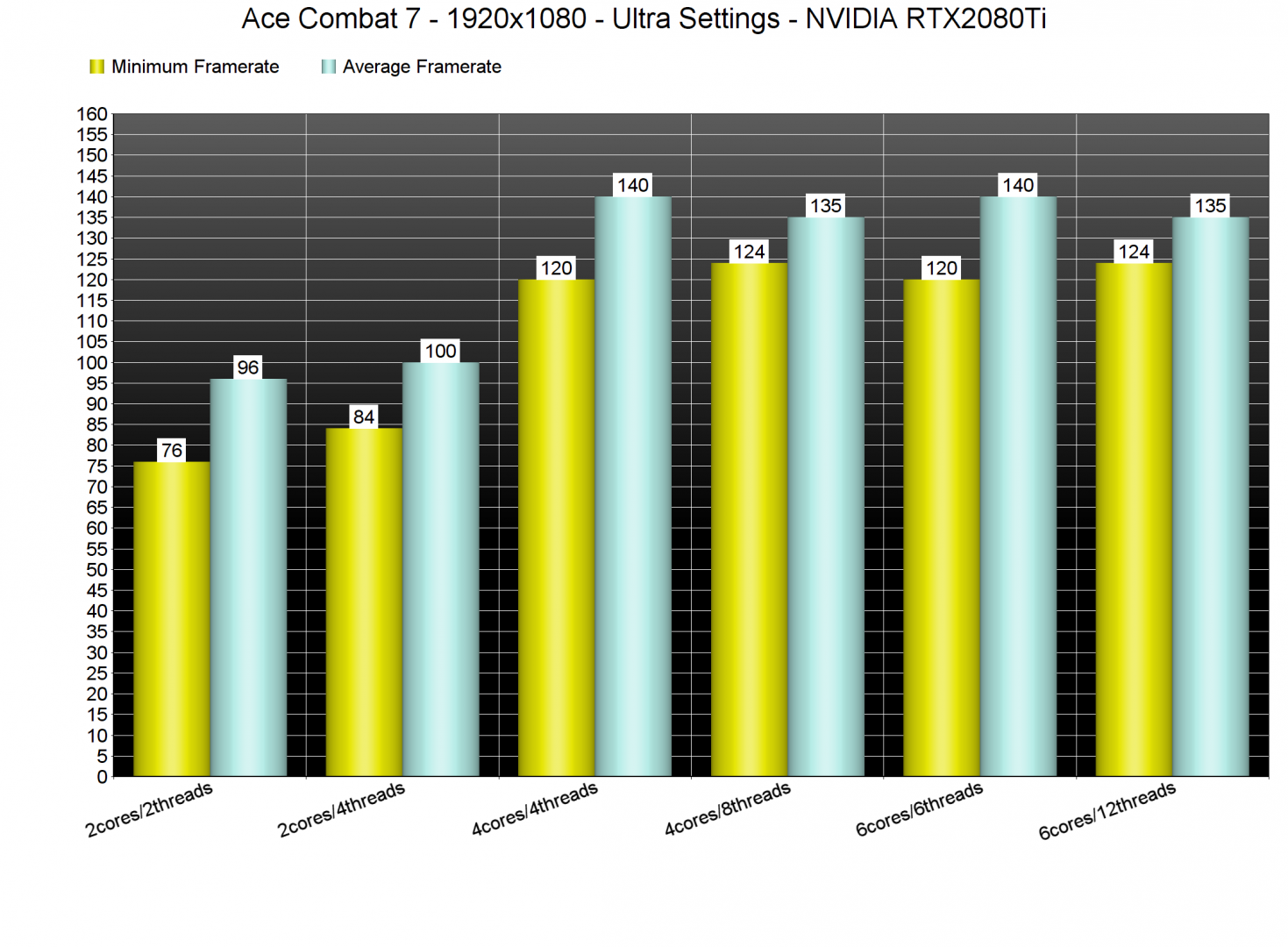 Furthermore, Ace Combat 7 does not require a high-end GPU in order to be enjoyed. With the exception of our GTX690 (which was running in single GPU mode due to the lack of an SLI profile), all of the GPUs that we’ve tested were able to offer a smooth 60fps experience at 1080p on Ultra settings. 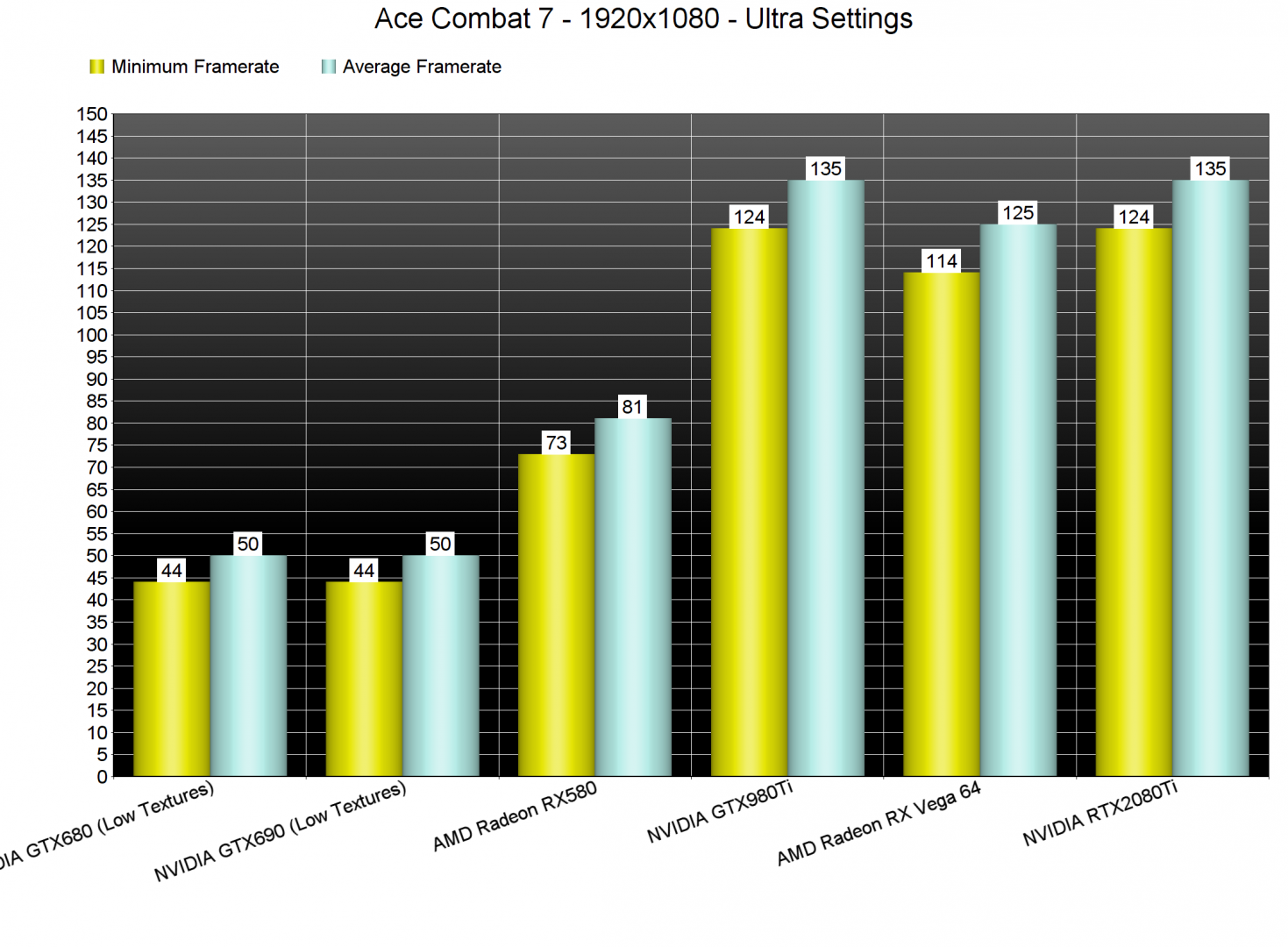 In 1440p, our AMD Radeon RX Vega 64, NVIDIA GTX980Ti and NVIDIA RTX2080Ti were able to run the game with constant 60fps. And in 4K, the only GPU that was able to offer a smooth gaming experience was the RTX2080Ti. Moreover, Ace Combat 7 is yet another Unreal Engine 4-powered game in which AMD’s graphics cards under-perform. 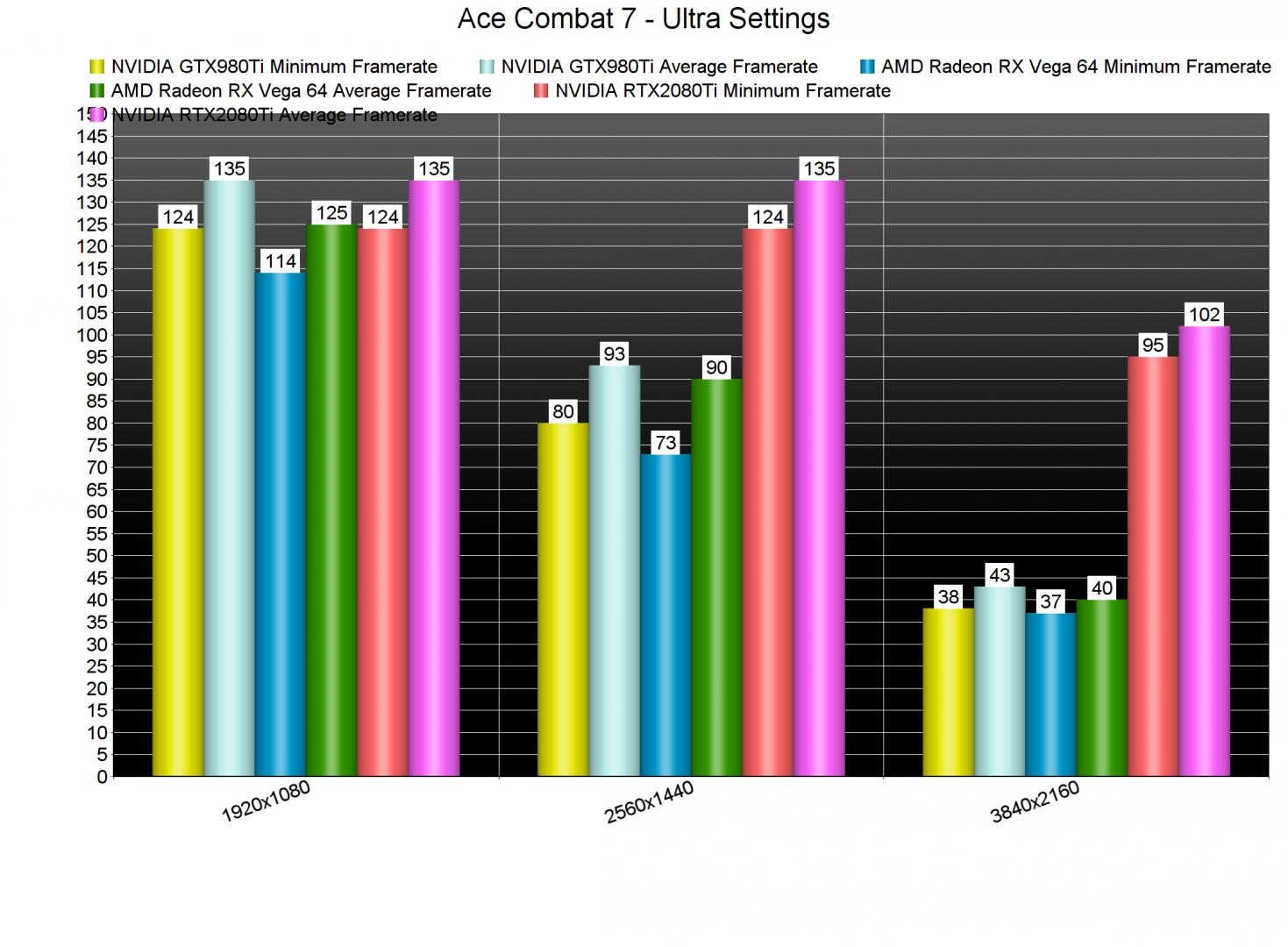 Graphics wise, Ace Combat 7 looks great though it suffers from noticeable pop-ins of terrain objects. This can be minimized by editing the Engine.ini (you can find a guide here) so we strongly suggest doing so if you have GPUs capable of running the game with more than 100fps. All aeroplanes look great and there are some truly amazing particles effects (like the water effects when flying through the clouds and the lovely smoke effects from the missiles). The game also features gorgeous volumetric clouds that have a significant impact on both its visuals and gameplay mechanics.

Still, and as we’ve already stated, this isn’t a perfect port. Under random circumstances, the game displayed the Xbox One buttons even though I was using a keyboard (this is most likely a bug as it can be resolved by simply restarting the mission), a lot of HOTAS joysticks are not supported, there is no support for ultra-wide resolutions or triple monitors, and there are some awful mouse smoothing issues. The game also does not allow PC players to use the mouse to navigate the menus but, at least in our opinion, that’s a nitpick and not a major issue.

Overall, Ace Combat 7 Skies Unknown runs incredibly well on the PC, though it suffers from the aforementioned PC-specific issues. Thankfully, PC gamers won’t need a high-end system in order to enjoy this game (which also looks great). We also did not experience any stutters or crashes. Still, the ridiculous mouse smoothing issues and the limited HOTAS joysticks support are things that should had been resolved prior to the game’s release. So while the game runs exceptionally well on our platform, it suffers from some really annoying issues. Here is hoping that Bandai Namco will not drop the ball and will at least release a post-launch patch in order to address them.