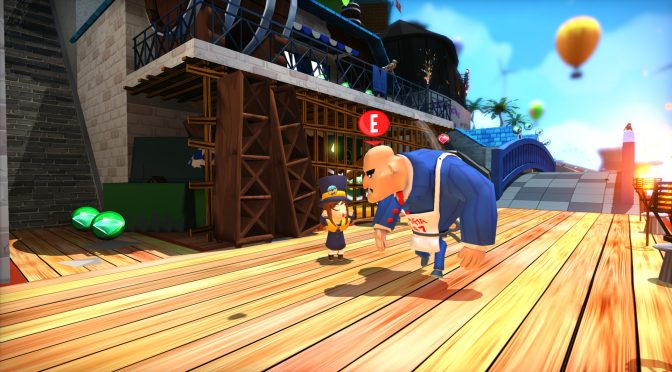 In A Hat in Time, you play as the Hat Kid, a tiny space-traveling girl with a lot of heart and a big top hat, as she travels the universe to protect the world from the evil Mustache Girl. Join her as she explores five incredibly diverse and giant open worlds, jumping and fighting her way through baddies, and unlocking sweet new hats with all-new abilities. On her way, she’ll bump into the menacing Mafia of Cooks, the goofy birds of Dead Bird Studio, the spooky shadows of Subcon Forest, and more!

“A Hat in Time has received such great feedback since we first previewed the game at Gamescom and PAX West earlier this year. People love the charm and simplicity of classic 3D platformers and we wanted to bring this genre back with A Hat in Time. We’re thrilled that everyone will get a chance to experience this cute-as-heck 3D platformer today.”