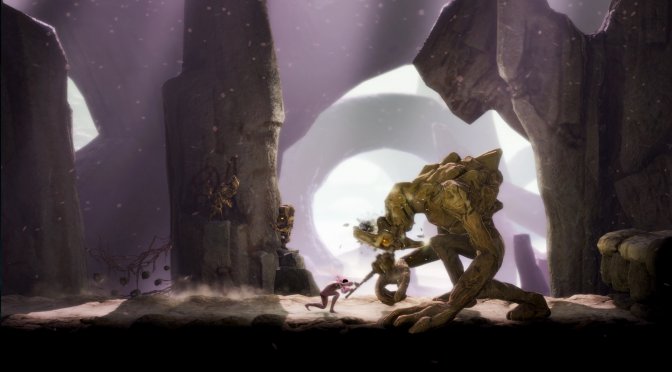 Clover Bite and Akupara Games announced that their highly-anticipated title GRIME will be coming to PC on August 2, 2021. In order to celebrate this announcement, the teams released a new trailer that you can find below.

In GRIME you control a nameless embodiment of destruction and hack and slash your way through an aberrant landscape where rock-formed monsters rule. Armed with a variety of “living weapons” and a black hole head, you consume the essence of the fallen to strengthen your vessel and unlock powerful upgrades.

“The world of GRIME was one that I’ve always wanted to experience in my gaming. You’ll see inspirations from my favorite games like Legacy of Kain and Salt & Sanctuary – almost like an amalgamation of all my favorite gaming inspirations and memories packaged in a playable experience. We added our own unique and strange elements to the universe by including weapons with distinct personalities, a broken, desolate-yet-living world, and an unconventional parrying system where you literally use your head to absorb oncoming attacks or redirect projectiles to name a few – it’s truly a visceral experience.”