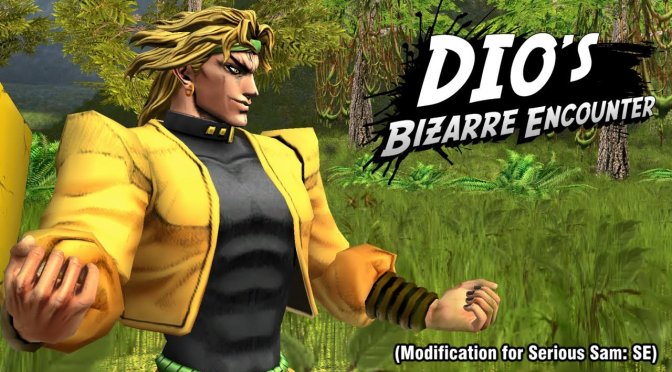 Modder ‘SeriousAlexej’ has released an amazing new mod for Serious Sam: The Second Encounter that most Jojo’s Bizarre Adventure fans will appreciate. As the title suggests, this mod allows you to play as DIO, the villain from that manga/anime.

What’s really cool here is that the modder has implemented most of DIO’s powers. You can stop time (like DIO does in the anime/manga), and use your Stand. Hell, you can even drop a truck on your enemies. And, as you may have guessed, the modder has also added some of the Japanese quotes from the anime.

This is a truly brilliant mod and you can download it from here. As said, this mod is for Serious Sam: The Second Encounter. I don’t know whether it works with The First Encounter, or with the HD remasters.