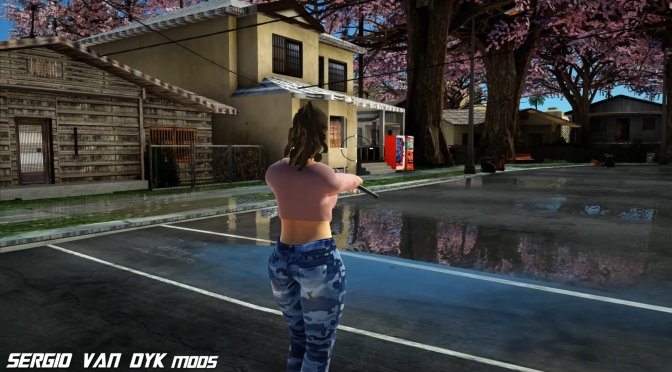 As the title suggests, this is just a character swap mod. Still, and since GTA6 won’t come out anytime soon, it can at least quench your thirst for it.

You can download the mod from here. Below you can also find a video that showcases the mod in action.

Speaking of Grand Theft Auto: San Andreas, we highly recommend checking out these other mods for it. Multi Theft Auto adds full online multiplayer support to the game, whereas SA_DirectX 3.0 overhauls its graphics. There is also an AI-upscaled HD Texture Pack that you can download. And lastly, you can try other character swap mods that allow you to play as Spider-Man and Iron Man.