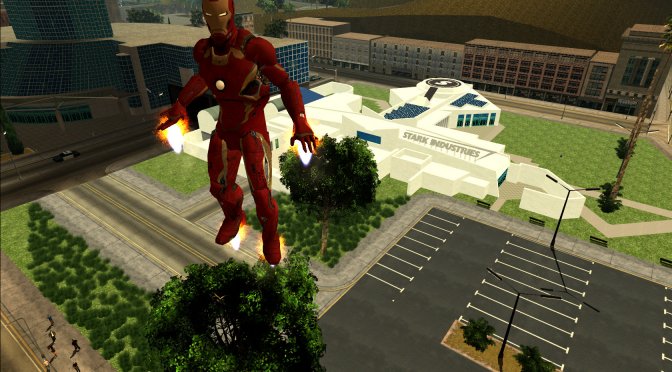 Modder ‘maxirp’ has released an amazing Iron Man mod for Grand Theft Auto: San Andreas. Now contrary to other character swap mods, this is a full-fledged Iron Man. This basically means that alongside Tony Stark and Iron Man, players will find enemies and locations from the Iron Man and Avengers movies.

This mod also features a UI with Jarvis (complete with animated icons). Furthermore, the mod provides Iron Man armors menu with options to change skins or recruit sentries and the iron legion. It also has an Iron Man config menu to manage the settings.

Lastly, the mod has Ultron enemies that are spawned in the LS police department once player reaches 4 wanted stars. These enemies fly and will attack you the moment they see you.

You can download this Iron Man Mod for Grand Theft Auto: San Andreas from here.