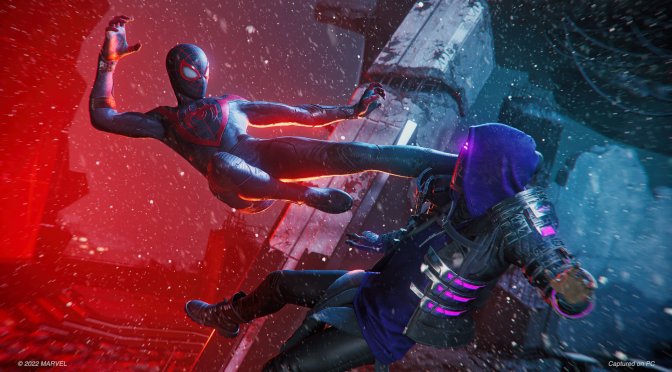 Nixxes has just released the first PC patch for Marvel’s Spider-Man: Miles Morales. According to the release notes, the November 24th Update improves Ray Tracing quality, as well as the game’s performance during cut-scenes.

Going into more details, this patch adjusts lighting in cutscenes to match the original game, and improves their performance. Moreover, it addresses a bug that could cause image corruption on Intel ARC GPUs when using Dynamic Resolution Scaling.