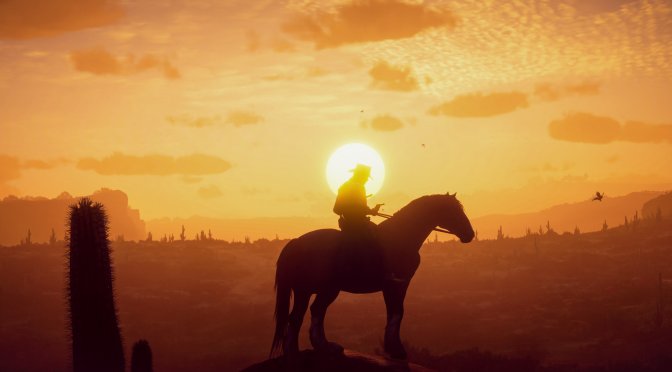 Razed Mods has released a graphics overhaul mod for Red Dead Redemption 2, called Visual Redemption. And, in case you weren’t aware, Razed Mods is the man behind the amazing NaturalVision Evolved Mod for GTA 5.

According to its description, Visual Redemption (VisualR) currently improves the shadow distance in each weather, reduces the intensity of heat haze, and fixes bloom render on lights. Additionally, it improves water reflections, fixes moon positioning and more.

Now the good news is that this early version of Visual Redemption is available to the public. Thus, you can go ahead and download it from here.

Speaking of Red Dead Redemption 2, we also suggest taking a look at these other mods. There is a mod that adds “The Matrix” bullet time effect, and there is an AI-enhanced HD Texture Pack for all weapons. Furthermore, there is a mod that adds 13 lore-friendly Mexico map expansions. Another cool mod is this one that enables dismemberment for all pedestrians. Additionally, you can find a mod that restores unused beta models & NPCs, another mod that overhauls its law system, mods that overhaul the interior lighting and add a personal boat, as well as a mod that adds support for AMD’s FSR 2.0. And finally, these mods enhance dual wielding, rebalance economy, add dynamic seasons.

Lastly, you can find below a video that showcases this mod in action.