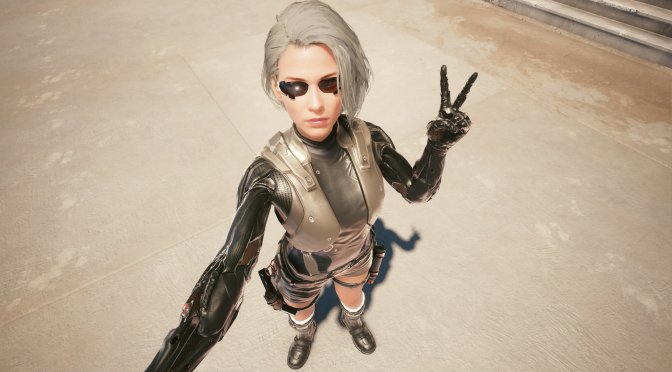 Cyberpunk 2077 and the Deus Ex series share a common setting; both of them take place in a cyberpunk world. Therefore, we were expecting to see mods that would bring these two games closer. And, here we are today, presenting you some of them that can make Cyberpunk 2077 look a little bit more like Deus Ex Human Revolution.

The first mod replaces the game’s default arms and cyberware arms with the ones that Adam Jensen has in Human Revolution. This mod works with all Cyberware, and features an optional Jensen preset character. This is a must-have mod for all Deus Ex fans, and we highly recommend downloading it. For those of you that have a female character, you can use this mod.

This second mod brings a Deus Ex Human Revolution-styled HUD to the game. Although it’s not finished yet (so there might be some bugs/issues), it’s already functional. It’s kind of cool, though you can simply skip it if you prefer the original HUD.

The third mod we present is one that replaces the GUI font to the DE HR font with Cyrillic support. This is another simple mod that some Deus Ex fans may find interesting.

So, by using these mods, you can make Cyberpunk 2077 feel a bit more like Deus Ex.