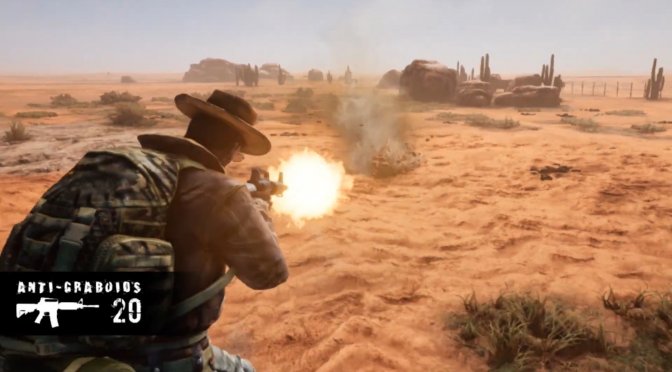 Zona Ste90 is currently working on a Tremors fan game in Unreal Engine 4, and shared its first gameplay trailer. In addition, Zona plans to release a free demo so everyone can download and play it.

From the looks of it, this is a third-person shooter game in which you can fight some of the iconic monsters from Tremors.

Now since this is created by a single person, you should temper your expectations. Still, the fact that this project has proper gameplay mechanics is really great. In other words, it’s way better than most of the fan Unreal Engine 4 remakes/recreations we’ve shared in the past. I mean, you’ll be able to at least play it.

There is currently no ETA on when the free demo will come out. Naturally, we’ll be sure to keep you posted.