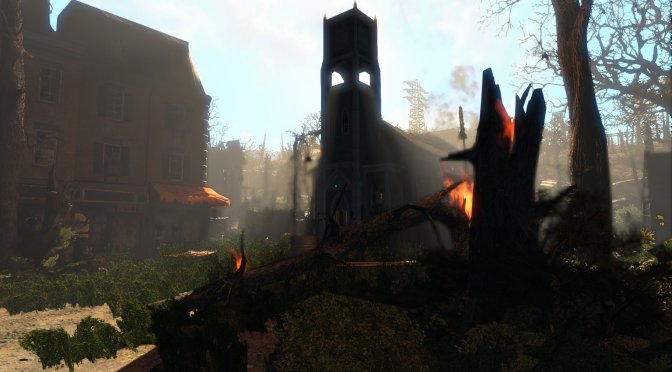 Players will fight the bad guys, raid their bases and then recover tactical and strategic resources such as intel, officer’s berets (to collect bounties), hazmat materials, and even nuclear weapon cores. They will then bring these items to their base and use a special terminal to trade them in for resources that can be exchanged for useful things such as shipments, guns, uniforms.

It’s also worth noting that the modder has made some changes to the difficulty and combat mechanics for a more fast-paced and “realistic” experience. Thumblesteen has also added a lot more Minutemen content such as new divisions, uniforms, and loadouts.

Speaking of Fallout 4, we also suggest taking a look at the following mods. Whispering Hills is a cool Silent Hill mod and The Wilderness Mod adds a worldplace that is as big as Nuka World. Moreover, Fallout 4: Sim Settlements 2 Chapter 2 adds new quests and a game mode. Furthermore, this mod aims to overhaul the AI of the NPCs. There is also a 3.7GB Mod that adds 14 different weapons. Not only that, but the Galac-Tac Mercs and Music Mod is yet another DLC-sized expansion that features 30 new quests. Lets’ also not forget this mod that adds an unofficial Photo Mode. You can also find a mod that adds 10 thousand trees to the game. And lastly, this mod adds new creatures, world bosses and crafting recipes.