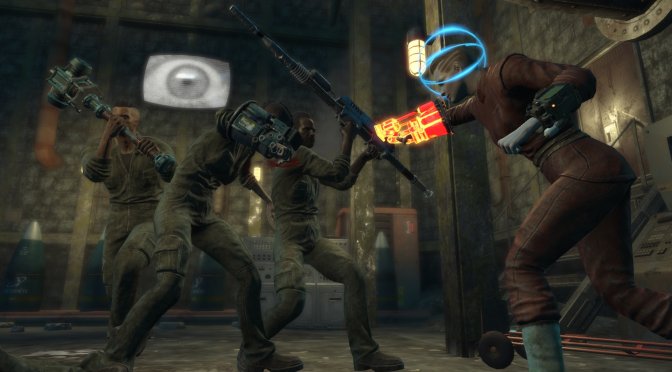 Modder ‘Zanthir’ has released a fan expansion for Fallout 4, called A Taste of Blues. Inspired by Fallout: New Vegas Old World Blues DLC, this mod is a must-have for all New Vegas fans. In this mod, you will travel to the X-49 facility, discover the secrets therein, and find some familiar (and some new) weapons, clothing, and items.

Going into mode tails, A Taste of Blue features a new quest and new dungeon to explore. Moreover, it has 14 new, faithfully recreated weapons (along with 16 variants). Players can also find 6 new clothing/headwear types, 7 new aid/misc items and 32 new workshop items (available after completing the quest). Furthermore, there are over 40+ total rewards/recipes/items to find around the dungeon.

Speaking of Fallout 4, we also suggest taking a look at the following mods. Whispering Hills is a cool Silent Hill mod and The Wilderness Mod adds a worldplace that is as big as Nuka World. Moreover, Fallout 4: Sim Settlements 2 Chapter 2 adds new quests and a game mode. Furthermore, this mod aims to overhaul the AI of the NPCs. There is also a 3.7GB Mod that adds 14 different weapons. Not only that, but the Galac-Tac Mercs and Music Mod is yet another DLC-sized expansion that features 30 new quests. Let’s also not forget this mod that adds an unofficial Photo Mode. There is also this mod that adds new creatures, world bosses and crafting recipes. And lastly, you can download a 43GB HD Texture Pack that covers the main game and all of its DLCs.