A couple of weeks ago, we had the pleasure to interview EIDOS Montreal’s Jean-Normand Bucci who shared with us some new information about the PC version (as well as the console versions) of THIEF. THIEF PC will come with a FOV slider and will be based on the ‘next-gen’ version (guess we need to mention that after what EA Sports did with Fifa 14). Enjoy the interview after the jump.

Jean-Normand Bucci: My name is Jean-Normand Bucci and I’m Thief’s art technical director at Eidos-Montréal.  I’ve been working in the videogame industry for a little less than 10 years, always in art fields.

DSOGaming: THIEF will be powered by Unreal Engine 3 engine. Since the game is coming to both current and next gen platforms, what will be the differences between these versions?

Jean-Normand Bucci: There are many differences in power and architecture between current and next gen. The main features of the new consoles will be exploited to its full extent, let’s just think about all the processing power and memory available. One generation is DX9, where the other is DX11.  You can expect more exhaustive high-end effects on the new consoles.  Obviously, the 1080P resolution will also enhance your experience.  The PC and next gen versions of the game will be the most impressive when it comes to visuals, although the team are working hard to ensure that the content and gameplay are the same across both platforms. 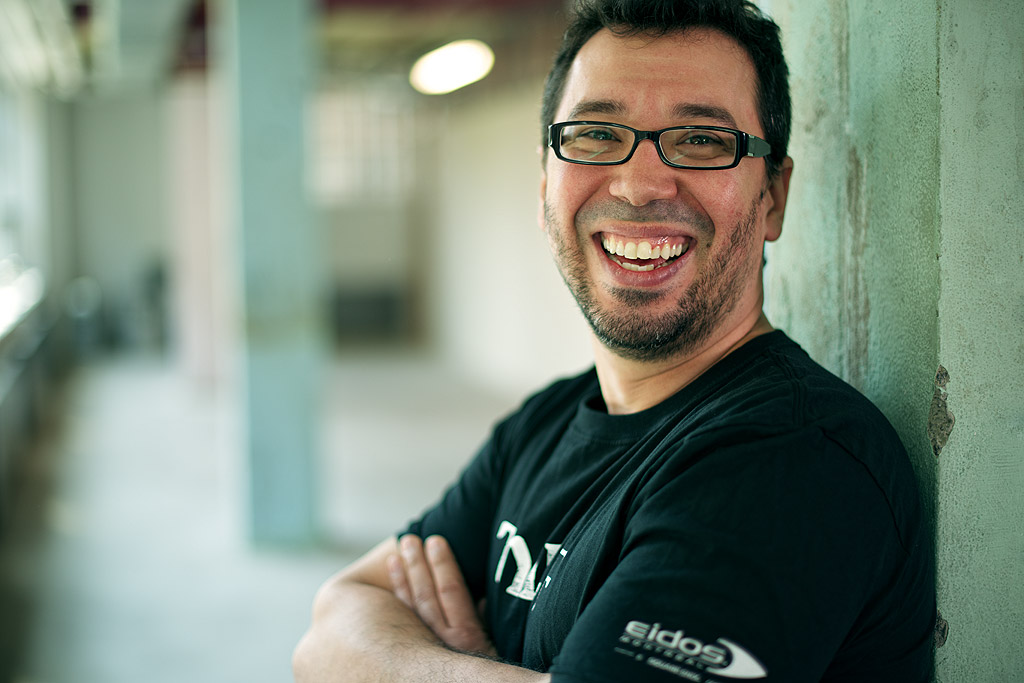 DSOGaming: Have you considered using Unreal Engine 4 for the next-gen version of THIEF instead of UE3? Do you think that you could achieve better visuals by utilizing Epic’s latest engine?

Jean-Normand Bucci: Thief started long before Unreal Engine 4 was announced.  Early in the development, we found the mood and artistic direction that would drive Thief’s new opus.  Then started the hard work on creating the most efficient tools to bring this vision of the world, to life! The game is being created on a heavily modified version of Unreal Engine 3 – we branched a very long time ago. Unreal’s engines are powerful software to use but the new release of their engine, Unreal Engine 4, is structurally very different.

DSOGaming: We’ve witnessed a lot of UE3-powered games unable to take full advantage of quad-cores (though they scale well, performance between tri-cores and quad-cores is similar). Will THIEF offer better CPU multi-core support?

Jean-Normand Bucci: We have worked hard on multi-threading many different component of the game, for example we added a fully multi-threaded animation and cloth system.  We have been working a lot on this aspect with some experiments working great on some platforms.

DSOGaming: Will the PC version receive some extra love with exclusive graphical features? Will there be a slider for FOV, and will there be any mouse acceleration/smoothing toggle options?

Jean-Normand Bucci: The PC version will support all the graphical features of the next-gen consoles with numerous improvements, including even better anti-aliasing, higher resolution shadows and support for multi-monitor. Thief on PC will also be amongst the first batch of games that support AMD’s new Mantle API for high performance graphics.

A FOV slider and mouse sensitivity options will be included in the game. We don’t apply acceleration or smoothing to our mouse based camera controls – we want you to have direct control of Garrett’s POV.

DSOGaming: What are the key tech features of THIEF, and what is the one feature that you are really proud of?

Another thing I’m proud of it’s to have developed a pipeline that supported all 5 platforms under the same main branch of data.

DSOGaming: Will THIEF support tessellation? And if so, have you experimented with it (adaptive tessellation) in order to eliminate the pop-up/pop-in of distant objects?

Jean-Normand Bucci: We have developed the features we knew would be useful for Thief.  We had the great luck of counting on high-resolution data.  We have worked on Phong Tesselation to enhance area of the game that needed a push.

DSOGaming: What kind of PC systems will players need to enjoy THIEF (60fps at 1080p)? Any estimated PC minimum requirements?

Jean-Normand Bucci: We’re still working hard to optimize the performance of Thief on PC across the board so it’s therefore not yet possible to pin down the final minimum requirements, but we want as many people as possible to be able to enjoy the game.

DSOGaming: Shadows are essential for stealth games. Will THIEF support a full dynamic lighting system and will all light sources cast shadows?

Jean-Normand Bucci: Garrett can create his own shadow paths by being able to interact with most light in his environment by turning them on or off.  The AI reacts to both states, meaning that extinguishing them is not always the most efficient choice.

DSOGaming: Let’s talk about physics. What kind of destructibility and interactivity can players expect from this new title? Are you using PhysX, Havok, or your own physics engine?

Jean-Normand Bucci: We have integrated the latest PhysX version although destruction is not one of Thief’s main gameplay pillars.  We developed the tools we needed for the vision we had for Thief and although destruction has never been a major part factor of the original games we do have breakable objects, pushable objects and so on. 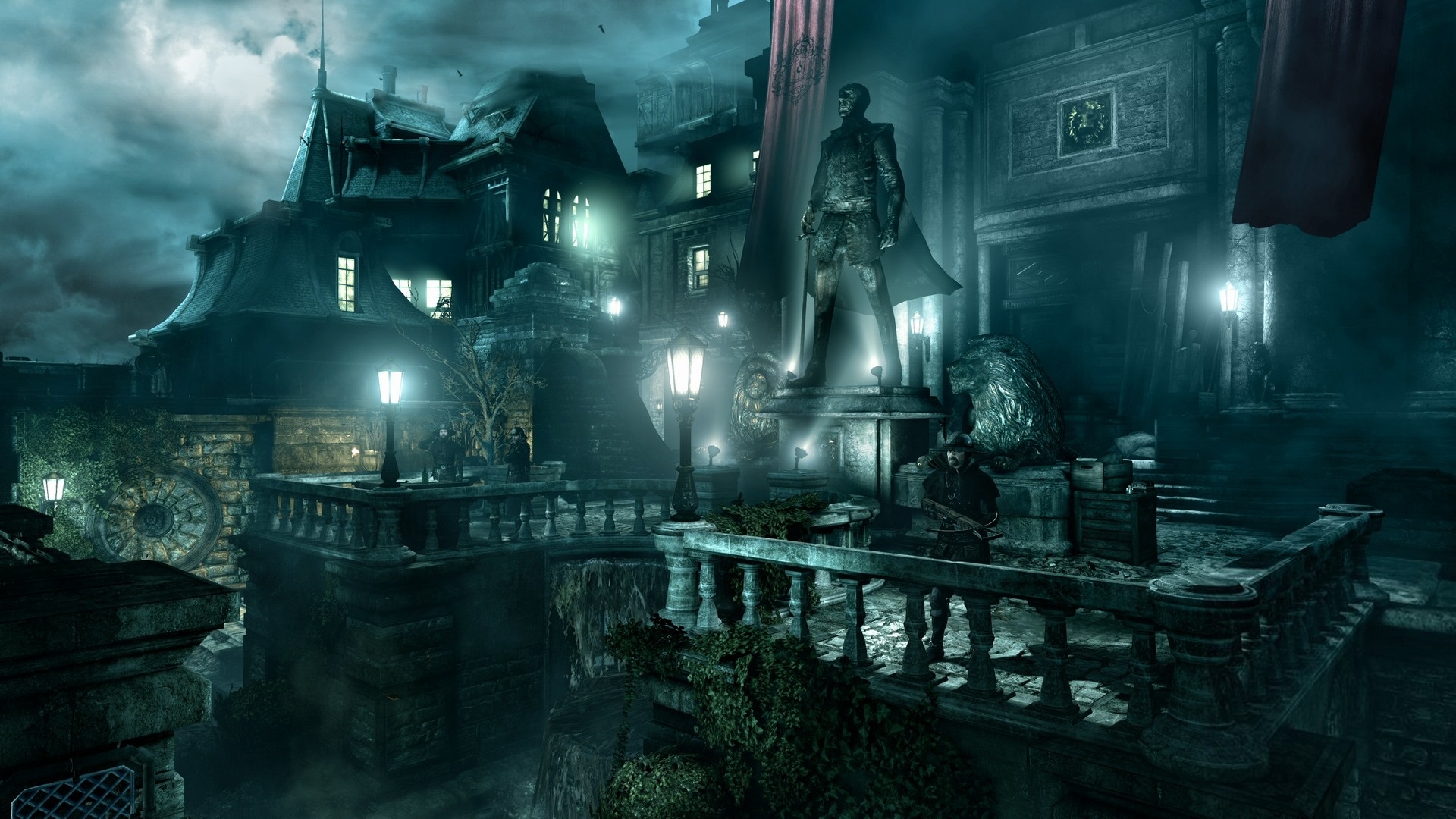 DSOGaming: A lot of people believe that Ray Tracing is the holy grail of lighting. What’s your opinion on both Path Tracing and Ray Tracing, and do you see them being used in next-gen titles?

Jean-Normand Bucci: I believe Raytracing is better suited for reflection than improving the lighting. We use similar things to raytracing techniques for the reflection, we both raytrace the geometry on screen plus simplified geometry for the things that aren’t on-screen.

DSOGaming: Can you share some info as to what advantages do next-gen systems provide? Will the PS4/Xbox One versions be able to rival the PC version (running on a high-end PC)?

Jean-Normand Bucci: The new consoles are very strong, very powerful.  They allow for much more than what a console gamer is used to.  The gap between PC and next gen has massively reduced for sure. The new consoles and high-end PC offer better frame rate, higher resolution, and many new features along with DX11 support.

Jean-Normand Bucci: Thief is coming to PS4, Xbox One, PC, PS3 and Xbox 360 on February 28th in Europe and other PAL territories. Keep an eye out for more news over the next few months and we hope you’re excited to play the game.