Journey is a Playstation-exclusive game that has just been released on the PC, exclusively via the Epic Games Store. The game originally came out on PS3 but was then remastered for PS4, and the PC version is based on that latest PS4 version. As such, we’ve decided to capture some 4K screenshots and share with your our initial PC performance impressions.

Even though Journey was remastered for PS4, it can be still considered a PS3-era title. As such, and to no one’s surprise, the game does not require a high-end GPU in order to be enjoyed. On Ultra settings and with MSAA 4X in 4K, our NVIDIA RTX2080Ti was able to run it with 90-120fps, without even being pushed to its limits. What this means is that Journey can run comfortably on a wide range of GPUs, something that will definitely please those that want to experience it on the PC platform. 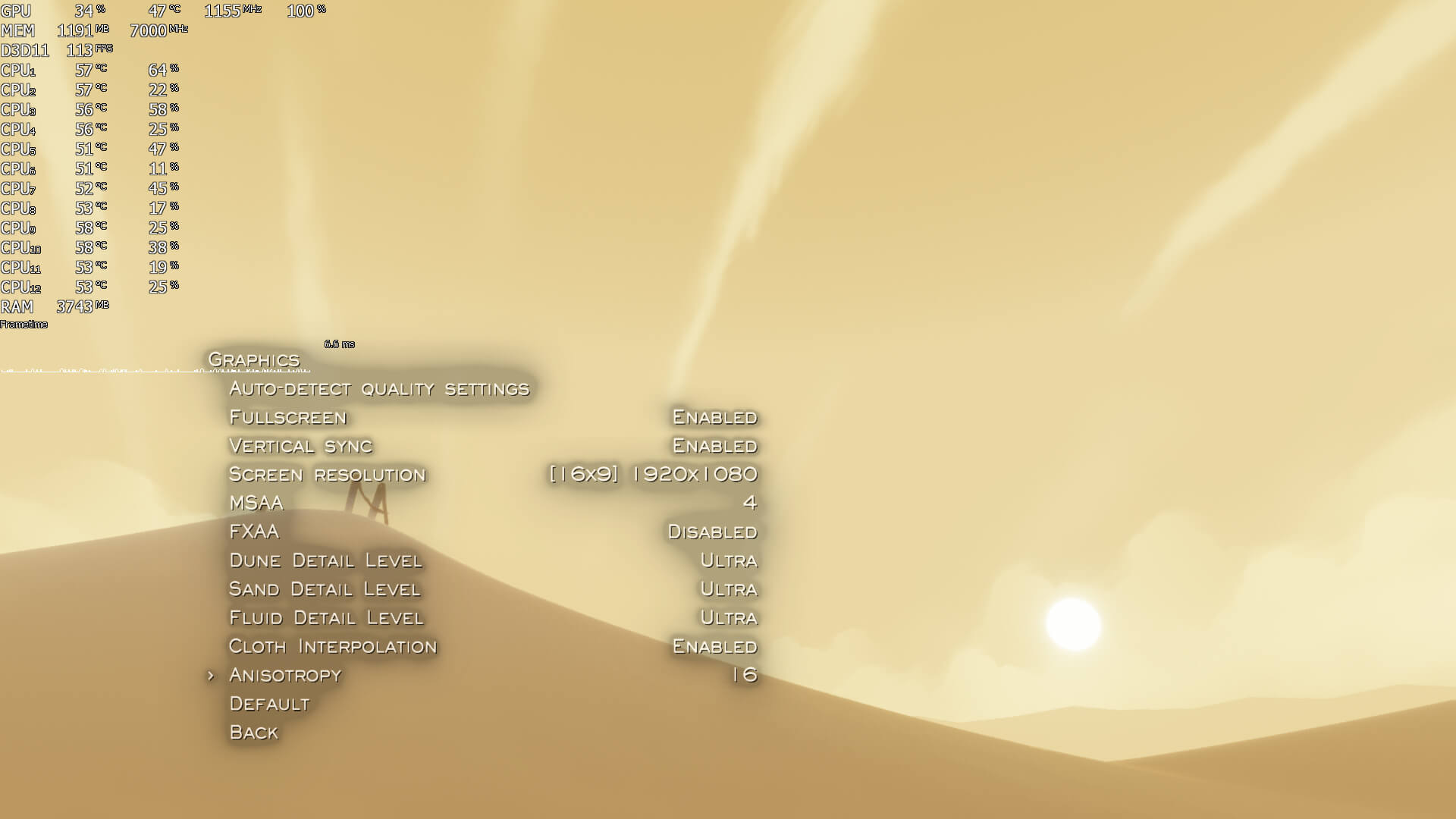 The PC version comes with very few graphics settings to tweak. PC gamers can adjust the quality of MSAA, Dune, Sand, Fluid and Anisotropic Filtering. There are also options to enable or disable FXAA and Cloth Interpolation.

Unfortunately, and despite its stellar PC performance, the PC version of Journey is not perfect as it suffers from some annoying stuttering issues. Some users suggested that these stuttering issues can be fixed by disabling/blocking all network connections to the game. Not only that, but we’ve experience some mouse acceleration issues. The Z/X axes also have different sensitivity values and you can’t adjust both of them as there is only one generic “mouse sensitivity” option (something that may annoy some gamers).

In conclusion, and while Journey can run with really high framerates on a variety of GPUs, it can sometimes feel choppy due to the stuttering issues. The mouse acceleration issues may also annoy some (though they did not really bother us as this isn’t a fast-paced game).

Here is hoping that Annapurna Interactive and thatgamecompany will address these issues via a post-launch patch!