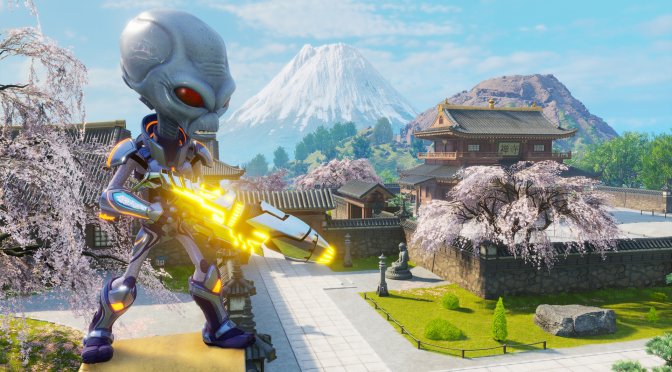 Black Forest Games and KT Racing have released new patches for Destroy All Humans! 2 – Reprobed and WRC Generations that add support for NVIDIA’s new DLSS tech, DLSS 3. As such, we’ve decided to test, benchmark them, and share our overall impressions.

Let’s start with Destroy All Humans! 2 – Reprobed. At launch, the game only supported DX11 and had major CPU optimization issues. However, and with the addition of DLSS 3, Black Forest Games has added support for DX12.

By simply running the game at DX12, we were able to significantly improve our overall performance at lower resolutions. From a 70fps minimum at 1080p/Max Settings, we immediately jumped to a 95fps minimum. Thus, if you don’t have an RTX 40 series GPU, we highly recommend using DX12.

At native 4K/Max settings, our RTX4090 could push a minimum of 95fps and an average of 120fps. However, and for the most part, we were CPU-limited. As such, DLSS 2 did not provide any additional performance boost. However, when we enabled DLSS 3 Quality, our framerates skyrocketed to 165fps. What’s also important to note here is that we did not feel any additional mouse latency issues, and we could not detect any visual artifacts. DLSS 3 works like a charm in Destroy All Humans! 2 – Reprobed, and we highly recommend using it. 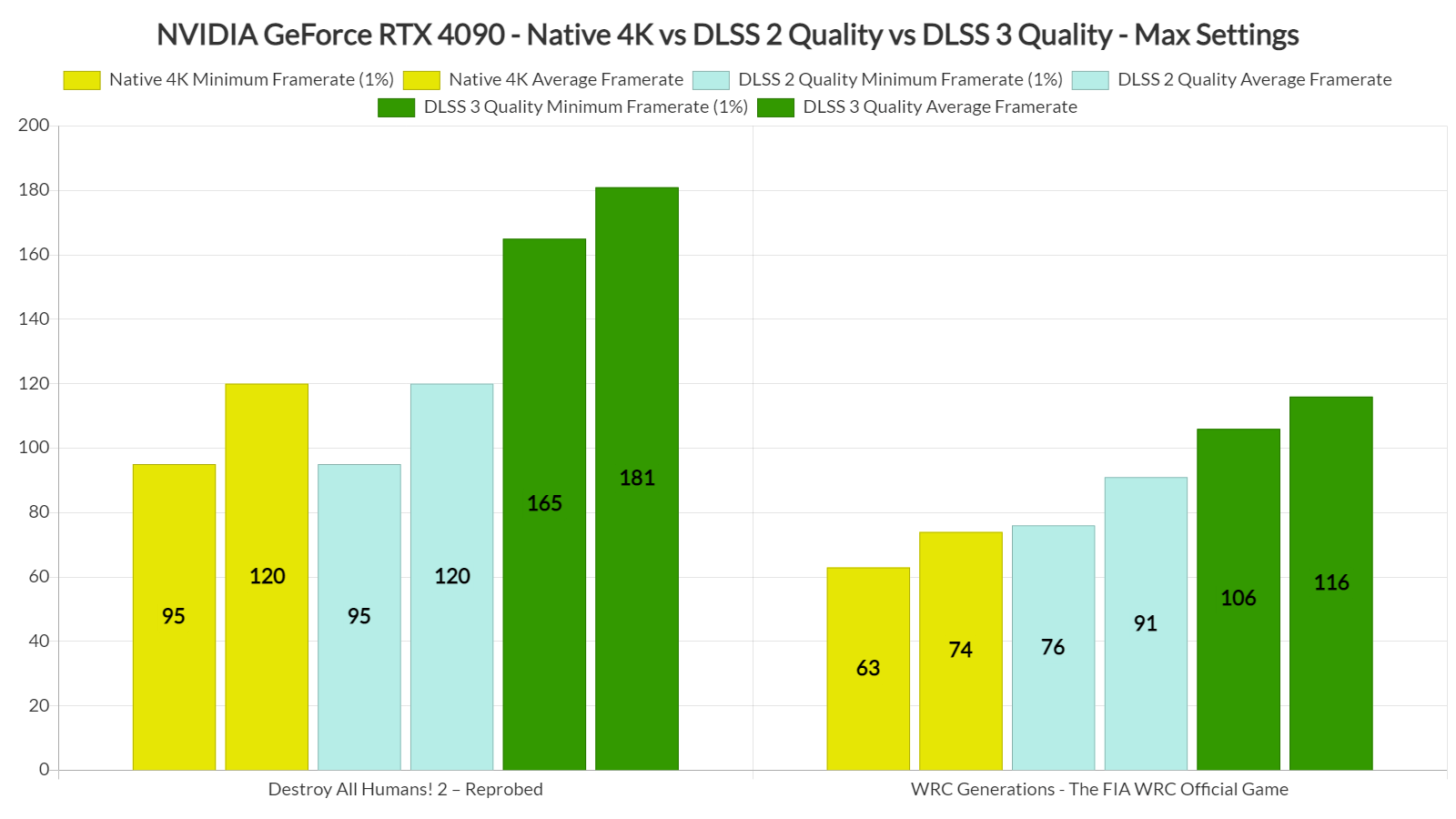 WRC Generations, on the other hand, felt like a mixed bag. We should note that the game’s latest version has some stability issues with specific settings. For instance, the game will be constantly crashing on the desktop when you disable VSync or when you change your resolution. The only way you can resolve this is by deleting the “WRCG” which is located at “Documents/My Games”. We were able to replicate this multiple times and the only settings that can cause crashing issues are the aforementioned two. Moreover, we had major frame pacing issues at native 4K (that weren’t present in the previous version). You can see these frame pacing issues in our video. Therefore, we’ll be delaying our PC Performance Analysis for this title until KT Racing fixes these issues. Still, we can talk about the DLSS 3 implementation and the performance boost it can provide.

WRC Generations is mostly a GPU-bound title. At native 4K, and due to VSynch being enabled by default on our LG CX OLED TV, we had frame pacing issues and underwhelming performance. The game ran significantly better in its previous version, with the RTX4090 being used to its fullest. DLSS 2 Quality brought a small performance boost. And then DLSS 3 Quality almost doubled our performance. Unfortunately, though, I could feel the extra latency of DLSS 3 in this game. This is the second racing game (the first one was F1 22) in which I can feel the extra latency of DLSS 3. This, of course, is all subjective, and some may not notice the additional latency of DLSS 3. Personally, I could better control the car at native 4K or with DLSS 2. With DLSS 3 I couldn’t really push it to its limits.