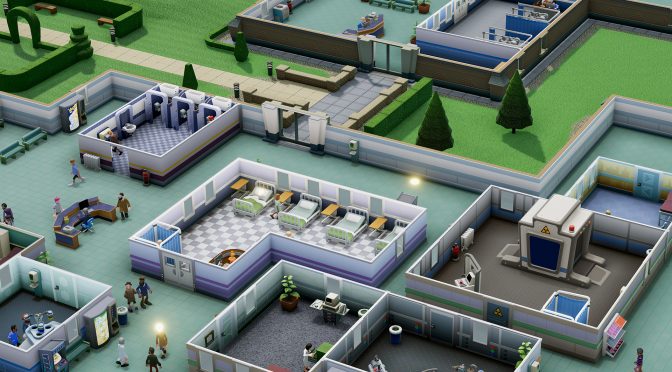 A few hours ago, we informed you about the removal of the Denuvo anti-tamper tech from Two Point Hospital. And since a lot has been said about Denuvo – and how it may negatively impact game performance – we’ve decided to test the Denuvo and the Denuvo-free versions of the game.

Let’s start with the obvious one. The game’s initial loading is faster in the Denuvo-free version. This is something we’ve witnessed in pretty much all the games that – later on – removed their Denuvo anti-tamper tech. However, and apart from that initial loading, there are no loading differences between these two versions.

Regarding performance, Two Point Hospital performed similarly on our test system (Intel i7 4930K (overclocked at 4.2Ghz) with 8GB RAM, AMD’s RX Vega 64, Windows 10 64-bit and the latest version of the Catalyst drivers). By now, I’m pretty sure that you are aware that Denuvo can affect the CPU, which is why we’ve decided to run the game at 1280×720 on Max Settings (so we could avoid any possible GPU limitation).

As you can see below (Denuvo is on the left whereas Denuvo-free is on the right), both versions performed similarly and we had the exact same CPU usage across our six cores/threads. Now while we’ve seen other games that got a slight boost from the removal of Denuvo, we can safely say that the implementation in Two Point Hospital was great and that there wasn’t any performance hit at all.

So yeah, similarly to Metal Gear Solid V: The Phantom Pain and some other games, there are no performance benefits at all from removing Denuvo.