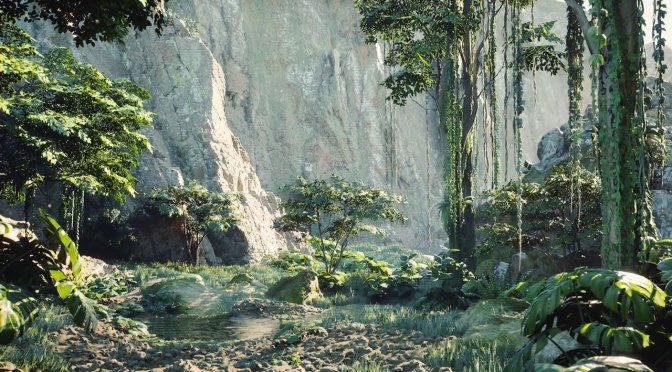 Melhem Sfeir has shared a video, showcasing a photorealistic tropical forest in Unreal Engine 5. This fan tech demo runs in real-time on an RTX 3070, and uses both UE5’s Nanite and Lumen techs.

In order to create this map, Sfeir used the tropical pack from the marketplace, alongside Megascans. The end result is amazing and gives us a glimpse at a next-gen Crysis game.

Okay okay, this is Unreal Engine 5 and Crysis uses CRYENGINE. Still, CRYENGINE currently excels at forest maps. And honestly, this is one of the few rare occasions in which a forest looks way better on another engine.

Now while this looks absolutely gorgeous, it runs with 40-50FPS on the NVIDIA GeForce RTX3070. So yeah, this is a pretty heavy map. Still, it looks fantastic. Moreover, this map does not take advantage of DLSS which should significantly improve performance.

As we’ve already reported, Epic has released Unreal Engine 5 Early Access to the public. Thus, we expect to see even more impressive maps in the coming months.

Nanite & Lumen are INSANE! on a Tropical Hillside - Unreal Engine 5