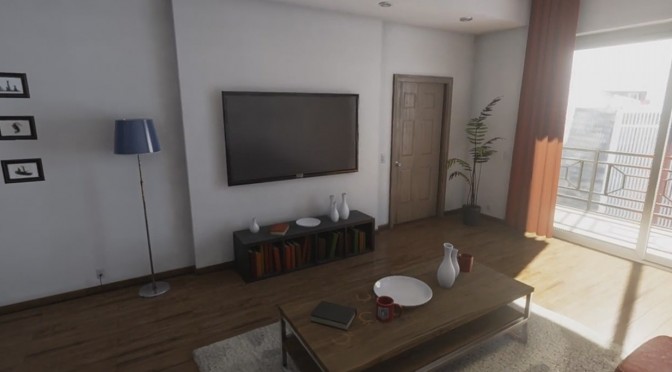 Epic Games has released a new beta build for Unreal Engine 4 in which the company included a new tech demo, showcasing realistic indoor rendering. This tech demo uses Unreal Engine 4’s Global Illumination techniques, and sports some really high-res textures. Naturally, the demo also shows realistic reflections, something we’ve been witnessing lately in pretty much all Unreal Engine 4 videos. It looks spectacular, so make sure to give it a go!