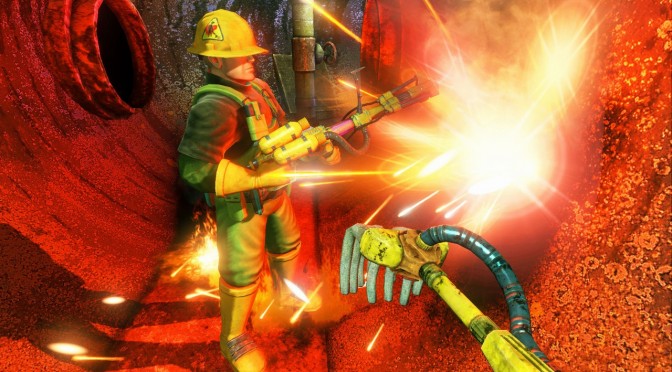 Okay, so we’ve all become goats in Goat Simulator, we’re about to become bears in Bear Simulator… what’s left? Well, how about becoming a space-station janitor that cleans up all the mess from rooms found in games such as Doom 3 and Dead Space? If that was the job of your dreams, then meet Viscera Cleanup Detail.

As its description reads, in Viscera Cleanup Detail, you step into the boots of a space-station janitor tasked with cleaning up after various horrific sci-fi horror events. Instead of machineguns and plasma-rifles, your tools are a mop and bucket.

The game is available via Steam’s Early Access program, and here are its key features: