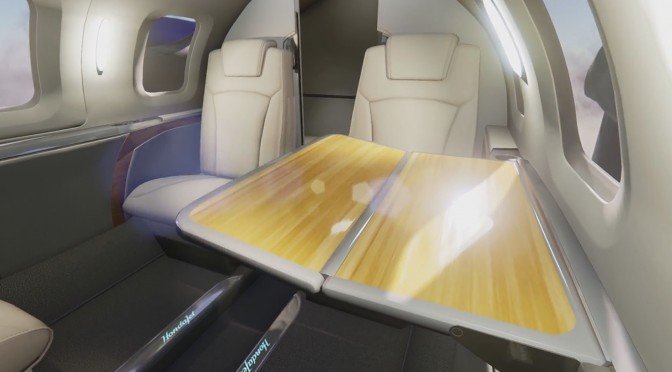 Company 4T has released an amazing video, showing off a Honda Jet that was rendered in real-time by Unreal Engine 4. This tech demo showcases an amazing level of detail, really high-res textures, great reflections and refractions, as well as GI effects. What’s also impressive is that the entire scene is dynamic and dynamically lit. According to the company, each cabin light can be toggled and adjusted and anything that can move does (arm rests extend, knobs turn, tray tables extend and even the sink in the lavatory works). Make sure to watch the video at 1080p as it’s really, really impressive. Enjoy!