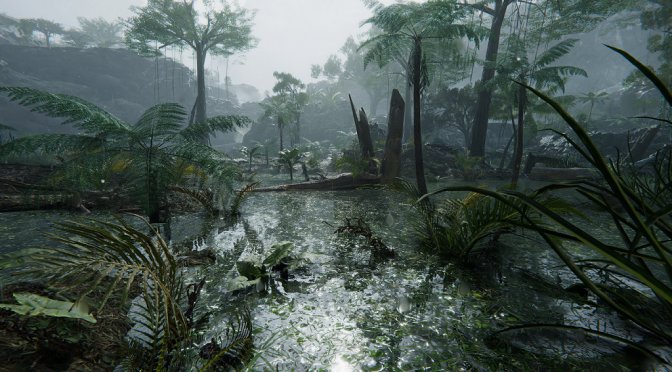 Unity Technologies has released the full keynote of its GDC Showcase 2021. This showcase packs new footage from a number of games, including Ferocious, Shining Girl, Morbid Metal and Humankind.

The highlight of this showcase, at least in my opinion, is Ferocious. Ferocious is a first-person shooter that is being created by a single person, Leonard Salfraank. The game uses the HDRP for rendering, and the environments mainly use Quixel assets. Ferocious will feature completely interactive and partially destructible vegetation, water volumes the player can swim and dive in with GPU fluid simulations for surface waves, destructible environments and buildings, real-time ocean tech and dynamic weather.

Morbid Metal also looks kind of cool. This game promises to feature a mix of dark action and sci-fi combat. Similar to Ferocious, Morbid Metal is being created by a single developer, Felix Schade.

Lastly, we don’t have any information about Shining Girl. All we know is that Sakura Rabbit is working on it. Now whether this is a tech demo or a full-fledged game remains a mystery.