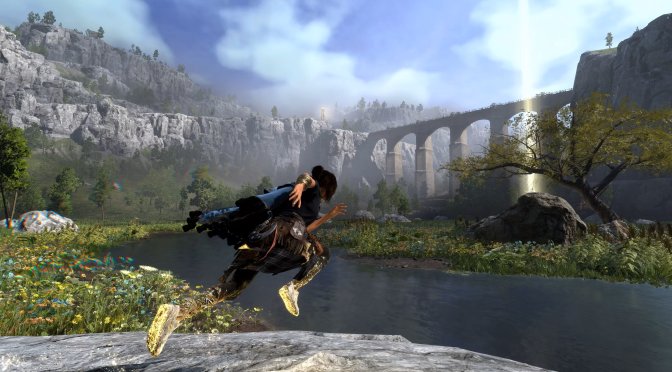 Forspoken releases next week and a gameplay video, showing off the first hour from it has been leaked online. This video contains some early spoilers about Frey, so consider this your spoiler warning.

This gameplay footage was captured on a Playstation 5. And, since PC gamers never got a chance to try the game’s demo, it can at least give you an idea of what you can expect from it.

Forspoken uses the Luminous Engine and will be coming only on current-gen systems. Furthermore, the game will take advantage of DirectStorage on PC.

A couple of days ago, Square Enix revealed the game’s official PC system requirements. These PC specs appear to be quite high, and the game will be most likely favouring AMD’s hardware. Not only that, but Forspoken will be using the Denuvo anti-tamper tech. So yeah, we are really curious to see how this particular game performs on the PC platform.