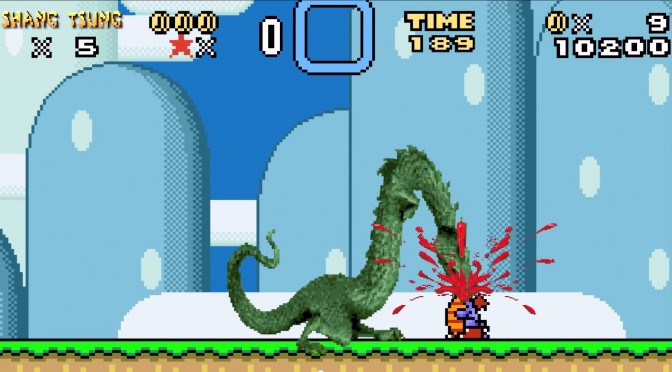 YouTube’s ‘NicksplosionFX’ has shared a new video that blends Super Mario World and Mortal Kombat together. This video shows Shang Tsung he fighting his way through Super Mario World, and packs everything MK fans would expect from such a mashup. It looks bloody amazing, so be sure to give it a go. Enjoy!