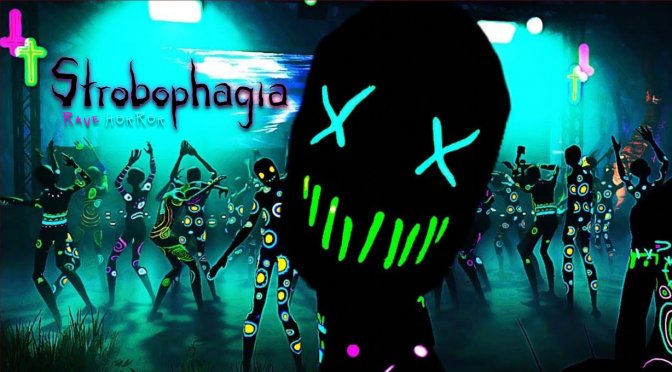 Strobophagia: Rave Horror is a first-person survival horror game with multiplayer features. The game is being developed by Green Tile Digital, which is based in Skövde, Sweden. This began as a student project at the University of Skövde in 2018.

In Strobophagia the player can explore the Headless Rave festival, which is basically a psychedelic rave party in a forest. Players can either attempt to escape or solve the mysterious rave’s “rites”. Depending on the player’s choice the game will feature two distinct endings.

Furthermore, the game will feature a unique smartphone-mechanic, which will allow players to follow the Wi-Fi signals of various pirate boxes. These boxes will be scattered around the forest rave, and will help players to find their way around the festival grounds. Players will be able to communicate with each other through individual networks.

Lastly, Strobophagia will feature a competitive 1vs1 multiplayer mode. In this mode the player will play as a monster hiding in plain sight among a sea of wasted ravers. The goal is pretty straightforward, find and kill each other.

Below you can watch the official launch date announcement trailer for Strobophagia: Rave Horror.

You can download the demo through Steam from here.