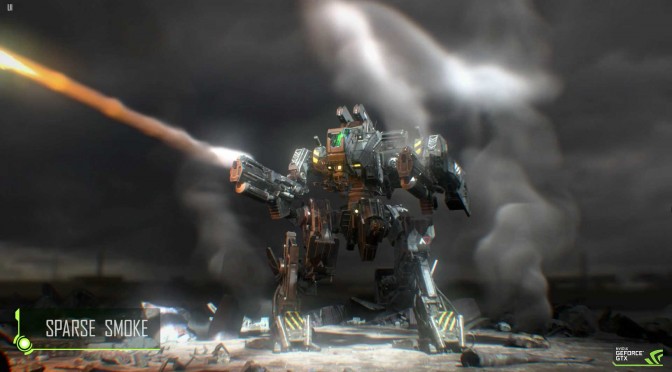 During this year’s Computex, NVIDIA presented an amazing DirectX 12 tech demo. This tech demo featured ray traced shadows, sparse smoke and interactive volumetric smoke (that take advantage of DX12’s exclusive volume tiled resource and sparse fluid simulation features), as well as screen space reflections. This tech demo ran on a single 980 Ti, though keep in mind that as with most tech demos, we won’t be getting these visuals in our games anytime soon. Still, NVIDIA has give us a glimpse at the future, so go ahead and enjoy the video!