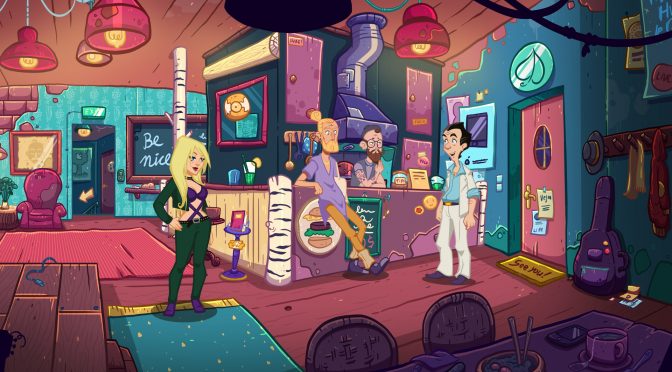 Leisure Suit Larry – Wet Dreams Don’t Dry will be a point & click adventure game and a direct sequel to the first Leisure Suit Larry game. The game will allow players to explore a lovingly designed, non-linear game world set in modern times with over 30 hand-drawn venues, use “Timber”, the in-game app, along with an innovative dating mechanism to date women, improve your score at Timber, and ultimately clear the way to get to dating Faith, the women of your dreams, solve true-blue puzzles and interact with over 30 hand-drawn characters.