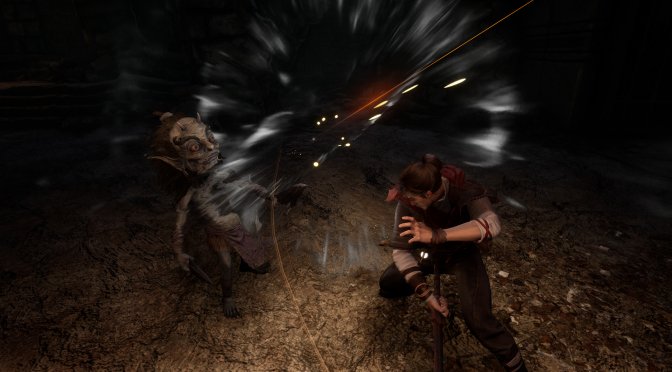 In March 2020, we shared the first gameplay trailer for a new action RPG, Xuan-Yuan Sword VII. And today, we are happy to report that SOFTSTAR has released a brand new trailer for it, showcasing a boss fight.

Xuan-Yuan Sword VII is an upcoming action RPG in a third-person perspective that uses Unreal Engine and will be coming to the PC in 2020. Players take on the role of Taishi Zhao; a calm and reliable swordsman who was accidentally involved in a tragic fate. To protect his beloved family, he starts a journey in this chaotic realm to find the truth.

According to its description, the game will feature a real-time combat system. It will also have a smooth combo-based combat system with elements such as Active Skills, Dodge, Block, Riposte.

Furthermore, players can use the Elysium Scroll; a bamboo scroll that you can use as a key to Elysium, capable of absorbing monsters, creating items, and more. The Elysium Scroll can provide several techniques and mechanics during the adventure.