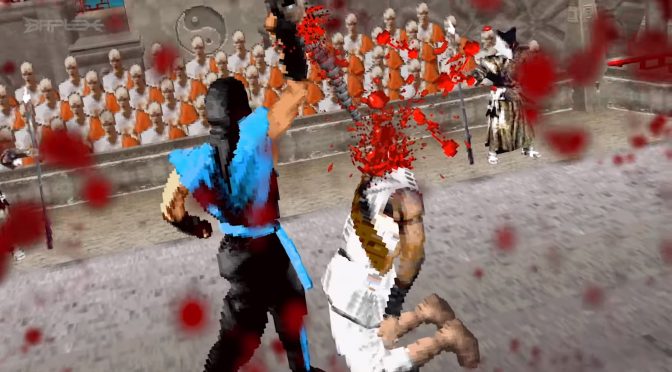 Bitplex used sprites and screenshots of the game to extrude various components and create a true 3D environment from a static image. This is a technique that can turn every 2D game into a retro-3D game, though it currently works only for videos (so no, there is no way to play the game like this).

The end result is pretty amazing and feels like a Playstation 1 remake of the classic 2D fighting game. And to be honest, I’d love to see such a remake. Of course this won’t happen (rumour has it that remakes of the classic Mortal Kombat games are under development, though Warner Bros has not officially announced anything yet).

But anyway, I’m pretty sure that this will put a smile on your face so go ahead and watch the video!